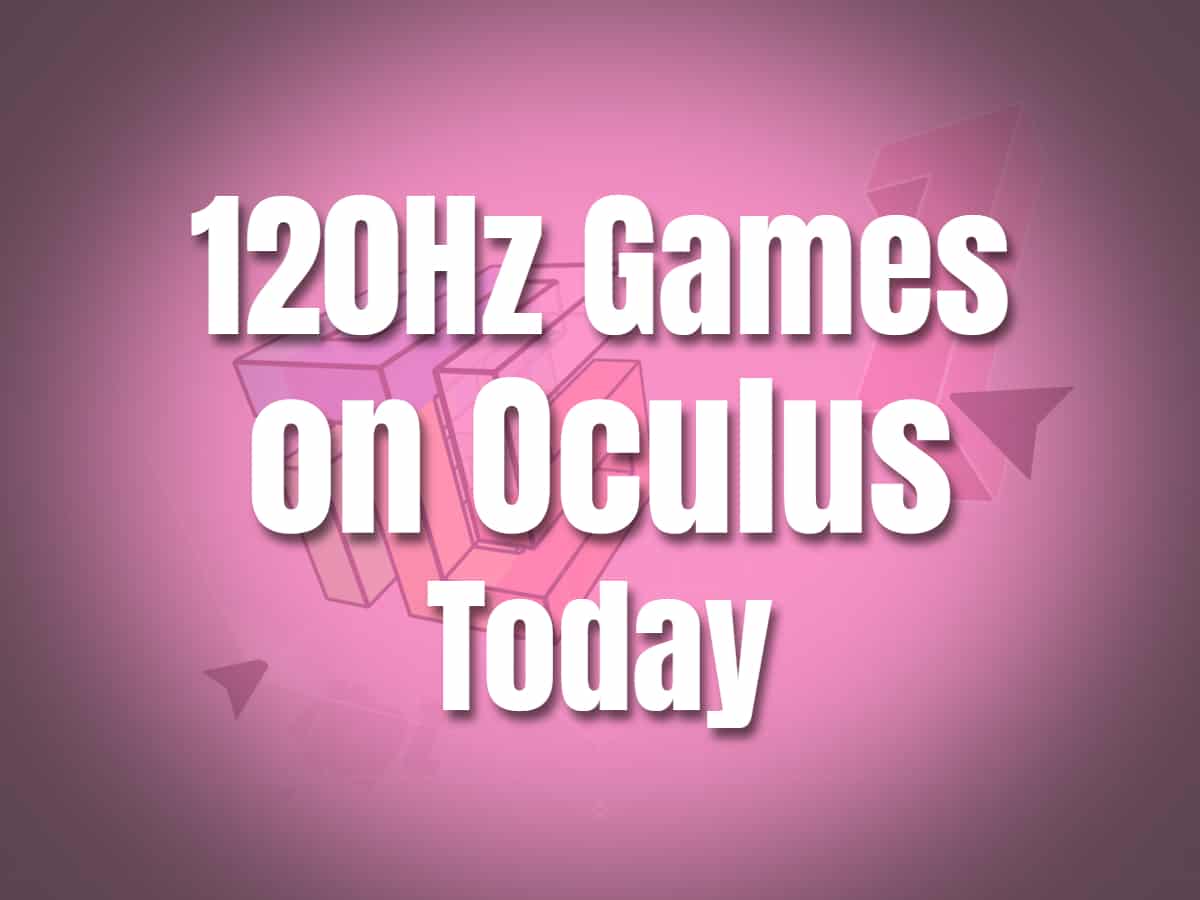 Promising developments are coming to Oculus Quest recently. When they announced the v28 software update, many were excited. Users will get to play Oculus Quest 2 from 90Hz to a 120Hz refresh rate.

Let’s take a look at how current developments are impacting the Quest 2 community. Which apps are quick to join the 120Hz experimental run on the Oculus platform. Let’s find out.

1 of the 3 featured changes that the v28 software update brings is the higher refresh rate support. The other two include Oculus Air Link that is capable of streaming PC VR games via Wifi for one. Another is a new improvement in our virtual desk experience. This integrates the keyboard into the virtual office setup.

Does this new update mean a higher refresh rate experience on all games on Oculus? The answer is no at the moment. The games should support 120Hz and not many of these games are on the Oculus platform just yet.

The update is said to come much later than the other changes. The good news is that it is the beginning. Games and apps are starting to get set up to deliver this experimental feature in the quest platform.

This signals that the 120Hz gaming experience is in the future of Oculus. And we are not too far away from that.

Right now, there are quite a few games on Oculus that are ready to be experienced at a 120Hz refresh rate. There is more coming into the platform. At this point, developers will start considering 120Hz while designing the games.

Spearheading the list of 120Hz titles on Oculus are the following:

Cubism is a fairly simple game that meets the requirements. It meets the benchmark to reliably perform at 120Hz with the platform’s hardware.

Cubism is a classic puzzle game where you are shown a 3D wireframe and blocks of varying shapes and sizes. The goal is to cover every space in the cube without any of the blocks sticking out.  It is one of the best puzzle games on the platform.

Solve puzzles at different difficulty levels, where it gets interesting as you go.

Recently, Cubism got an update for Oculus Quest 2. It now has a more natural hand tracking and better implementation of it.

Racket Fury is second to join the list as it bumps its refresh rate options to 120Hz. It is a single-player game that takes you to some exciting table tennis tournament. Climb the ladder as you beat opponents. The setting of this game is interestingly set in the Crown Galaxy.

Eleven Table Tennis is the most realistic table tennis simulator. Play against an advanced AI or play against opponents online. This is a multiplayer game that promises hours of fun.

Refresh rate is especially important for gamers. Gaming at 120 Hz provides a smoother gameplay experience with a fast response rate.

120Hz is better for the eyes and gives you a smoother-looking screen. This is easier on the eyes, easing eye strain.

With the 120Hz support that will come with the v28 update, Facebook is on its way. Although there aren’t many 120Hz games and apps on the Quest platform now, this is a good start.

The 120Hz supported titles may be simple but they play an important part. They are leading this experimental feature to roll out pretty soon for Quest 2 users.

Developers will start to consider the 120Hz in their game design. 120Hz supported apps will be populating the Oculus store soon.