On this page
1. The All on Board Kickstarter campaign got off to a strong start
2. The platform
3. The experience
4. Being a backer gets you two types of access
5. Modding made easy
6. Avatars and environments 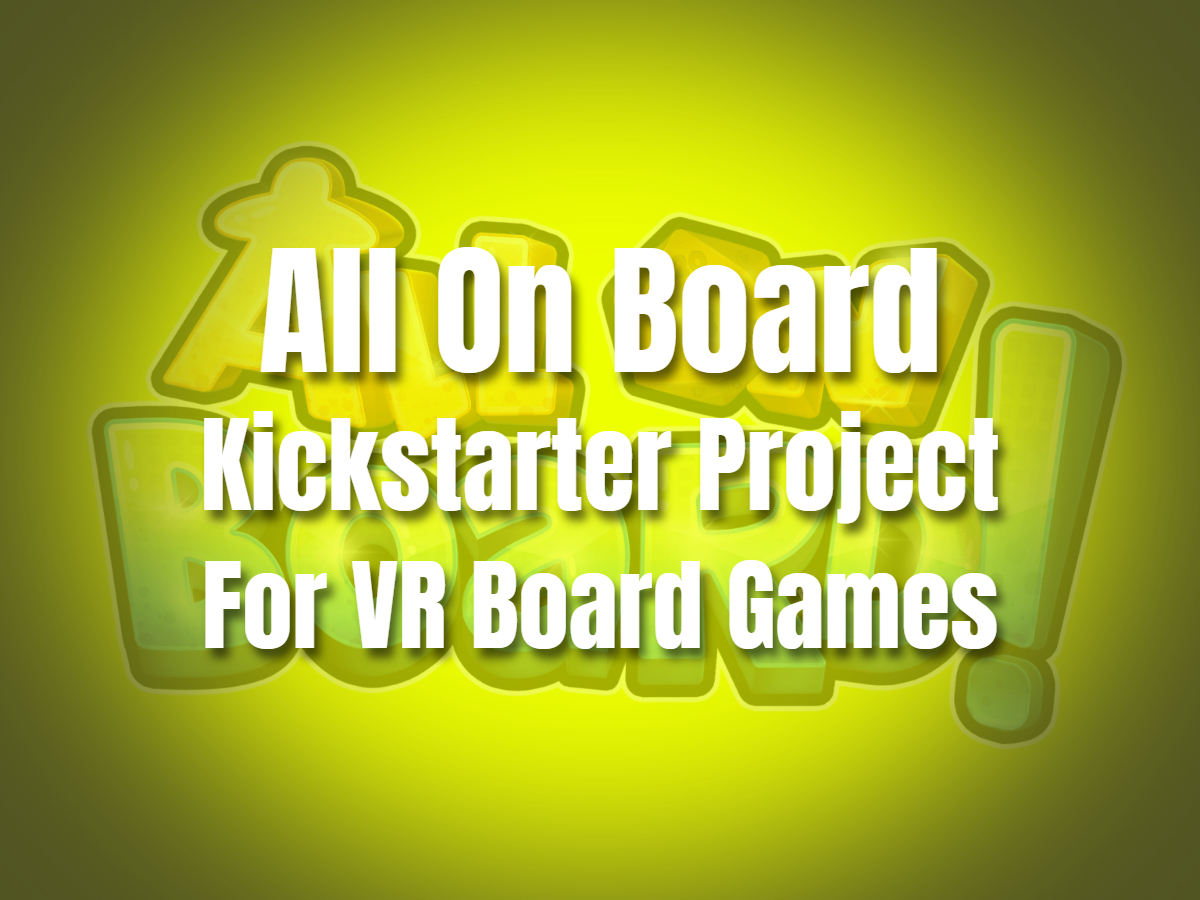 All on Board Kickstarter Project for VR Board Games

On this page
1. The All on Board Kickstarter campaign got off to a strong start
2. The platform
3. The experience
4. Being a backer gets you two types of access
5. Modding made easy
6. Avatars and environments

This new VR platform, All on Board, focuses on board games. Developer The Game Kitchen is currently working on a project called All on Board. The platform’s goal is to bring people together in virtual reality through board games. Here are the most important details of the project.

The Game Kitchen, a video game studio based in Sevilla, Spain is an indie studio. Two of the studio’s work is the point-and-click adventure The Last Door and the game Blasphemous. On July 12th they decided to launch a Kickstarter campaign for a board gaming platform in VR. In just 48 hours after going public, the All on Board Kickstarter campaign has already met its funding target.

The campaign is an all-or-nothing approach, meaning that it will only proceed if the financing target is met by Thursday, August 11, 2022. Luckily, long before the set date, the funding goal was already reached by July 15th and surpassed at this moment.

Here are the concepts and details that had many supporting this new VR platform. The platform is intended to connect board gaming content creators with backers. More backers can still support the project for its exclusive beta access in the coming holiday. All on Board is expected to be released on 2023 for Meta Quest and SteamVR.

The platform is mod-based, allowing funders to access high-quality material early and promising never-ending new ones. Without any coding experience, anyone in the community can easily produce engaging new content thanks to the platform's editor. With user-generated content, it promises a range of board games to play.

Board games are classic ways to interact with friends. A favorite among family members in gatherings. It is not entirely new in VR. However, the project has more great things in mind in harnessing the potential of board games in the VR community.

All on Board recreates the experience of playing board games with friends and family. This is while utilizing the power of VR into an immersive new experience. It’s a new way of experiencing something so familiarly enjoyable.

Sitting at the same table with your friends and family in VR could be a charming immersive experience. It is familiar yet different when it’s done in VR. All on Board aims to simulate great memories and fun togetherness in playing board games with some good features made possible in VR.

All board games are a one-time purchase. The host can simply buy the game license once and all his/her friends can play. The games can’t be hosted on Guest Mode though.

Being a backer gets you two types of access

Backerpass Basic and Backerpass Platinum are offered to interested backers. The basic access gets them 3 VR board games of their choice. Meanwhile, the platinum access gives them an all-access pass to play and host the games. This includes 12 licensed games.

The Game Kitchen aims to encourage a rich modding community by providing easy tools for users to create content. All on Board editor is built upon Unreal Engine. With that said, it is versatile and easy to use without the expertise in coding. All mods need are Windows PC to create their own board games.

All on Board comes with customizable avatars to represent each player. There is a default accessory library that can be accessed first by backers. The accessory library is also open for modding. Environments are also available for immersive playing with friends.

A wonderful supplement to immersive VR experiences is a board game that isn't conventional but yet provides hours of entertainment with friends and family. Having board games in VR is not shocking. But the clever strategies used to create a rich community behind it might be a wonderful endeavor full of good intentions for togetherness in the VR world. Check out the All on Board Kickstarter for the complete details.