On this page
1. Among Us in VR Showcased at The Game Awards
2. Among Us popularity
3. Core mechanics fans love
4. Among Us on Oculus Quest, Steam, and others
5. Stay up to speed with Among Us VR's upcoming release 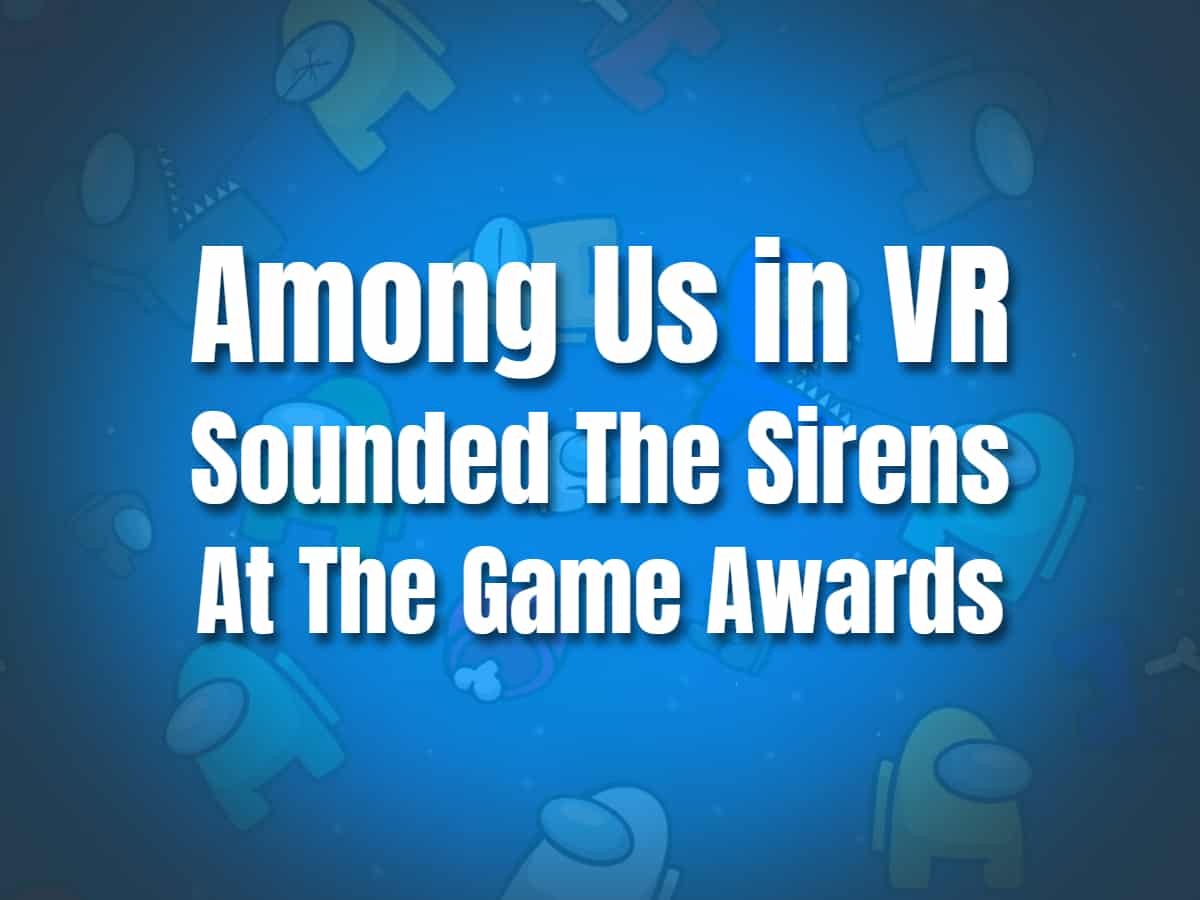 Among Us in VR Sounded the Sirens at The Game Awards

On this page
1. Among Us in VR Showcased at The Game Awards
2. Among Us popularity
3. Core mechanics fans love
4. Among Us on Oculus Quest, Steam, and others
5. Stay up to speed with Among Us VR's upcoming release

This year’s The Game Awards not only recognized the best of the best in the gaming world. It also revealed some of the best games that we can all look forward to in the future. One of them is the virtual reality version of the popular social deduction game “Among Us”.

Among Us in VR Showcased at The Game Awards

The Virtual reality edition of Among Us was officially announced during The Game Awards. The said event was hosted, produced, and created by its founder Geoff Keighley. The Game Awards began in 2014. It has the goal to uphold and recognize the talents and genius of game developers and individuals in the popular scene who are part of the gaming industry. It is a celebration as well as a way of forwarding the goal to make gaming the most highly immersive form of entertainment.

This year’s The Game Awards happened on Thursday, December 9th, 2021. The awards are in 30 categories. Here are some of the winners. Visit their website for the complete list.

Game of the Year:
It Takes Two by Hazelight Studios/EA

Among Us was first released in 2018. It is an online multiplayer game by Innersloth. This social deduction game follows the concept of the party game Mafia and is themed on its film inspiration, The Thing.

The game’s popularity started a few years later following its release. Online content creators have started streaming the game on Twitch and YouTube in 2020. PewDiePie, Sodapoppin, and xQc are some popular content creators who accounted for making this game popular. This was followed by many memes and related content that appeared on different platforms like TikTok, YouTube, and others.

The pandemic was also a significant factor in the game's popularity. It's one of those games that allows players to socialize despite the constraints of social isolation.

This social deduction game is performed by a group of people, with one of them acting as the imposter. The imposter will attempt to disrupt the team task and will kill everyone else on board. Aside from accomplishing the duties, the Crewmates must unravel the puzzle of who the impostor is. If the game finishes before they do so, the impostor wins.

Among Us on Oculus Quest, Steam, and others

Among Us is expected to enter new platforms as it enters the VR scene. The Oculus Quest for one warmly welcomes the new future addition to their platform.

The developers claim that it will stay true to its original format. It will also have the same 4-10 players. The change will be the shift from 2D to 3D. Among Us VR immerses the player in a first-person experience of the game. The game will be set in the heart of Skeld.

Stay up to speed with Among Us VR's upcoming release

It's one of the games worth checking out whether you're a lover of the game or a VR fanatic. Although this game is fun, we have yet to see how it converts into a VR experience. Will it live up to the Gaming World's goal of becoming the most immersive entertainment? Will it be among the top virtual reality titles available?

Meanwhile, here is a 30-second video teaser for Among Us VR. A first-person view of a Crewmate is shown in the teaser. It can be seen on the Skeld inputting codes to complete a task. We hope to hear more about the game in the coming days.