On this page
1. The full-scale recall announcement
2. Skin irritation report details
3. What to do when you experienced skin discomfort
4. Great news for those who are planning to buy an Oculus Quest 2 headset 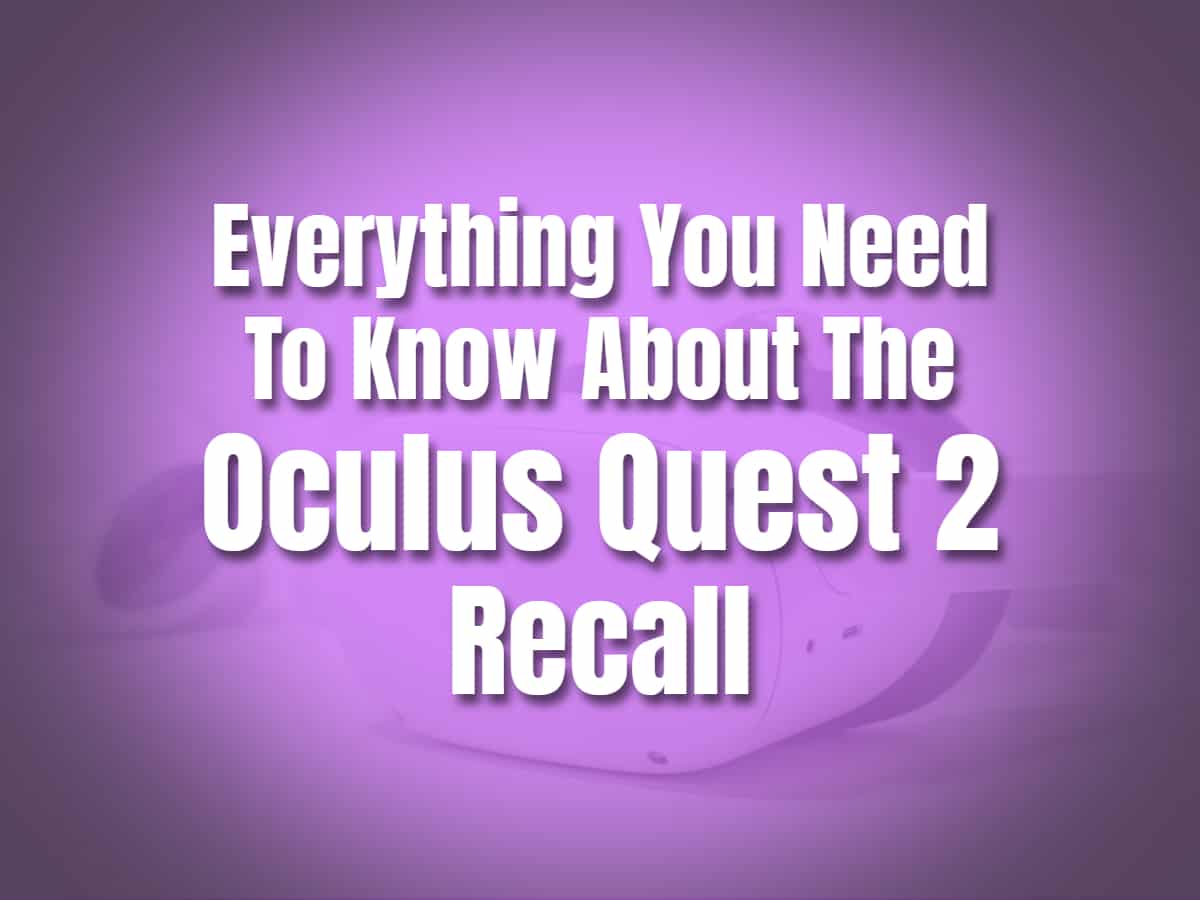 Everything You Need to Know about the Oculus Quest 2 Recall

On this page
1. The full-scale recall announcement
2. Skin irritation report details
3. What to do when you experienced skin discomfort
4. Great news for those who are planning to buy an Oculus Quest 2 headset

You probably have heard the news about the skin irritation hazard on Oculus Quest 2. Since last year there is a very small percentage of Oculus Quest 2 users that reported skin irritation and minor skin discomfort. The replacement drive started in December last year already. But on July 27th, Oculus announced a large-scale recall of all Oculus 2 headsets. They also halted sales of the said product but promised something awesome on its return.

Oculus has announced a full-scale recall of the Oculus Quest 2 headsets. This is due to the removable foam facial interface issue last week. Safety recall alert has been officially sent out and released. Here are the details of the official consumer product alert in the US and Canada.

This is a voluntary recall that was announced globally by Facebook. They stated in a statement that they are treating the removable foam facial interface issue seriously. This is despite the fact that it was only reported by a very small percentage of users. They are pausing the sales of Quest 2 and scheduled a resume on August 24th with a revamped Quest 2 headset.

The concern, according to the Consumer Product Safety Commission, is skin irritation. This is produced by facial foam contact. This can include rashes, swelling, burning, itching, hives, and bumps.

The brand had received 758 complaints of skin responses in Canada as of July 16, 2021. Additionally, 5,716 reports of skin reactions in the United States. These numbers are out of around 4 million users in the US and about 172,600 in Canada. The items in question were sold between October 2020 and July 2021.

Oculus has assured consumers that a proper investigation was done. The company did not find any anomalies in the manufacturing. They have consulted experts on the possible causes of the irritation. These experts claim that a range of home items can cause skin irritation in certain people. But the rates they've seen are consistent with expectations. However, the company is quick to offer solutions by offering a free silicon cover.

The free silicon cover is made from medical-grade silicone. This is expected to provide improved hygiene and comfort.

What to do when you experienced skin discomfort

If you experienced a bad skin reaction, immediately refrain from using the device. You can report this to Facebook Technologies. You can then get your replacement facial interface. Oculus found a solution to the skin issues. This is by replacing the standard facial interface with a free silicone cover.

The recall doesn’t require the Quest 2 owners to send their headsets or the foam padding. They will simply have to follow the following process:

Step - 1: Get their headset serial number.
You can find it in various places:

Your mailing address must be in one of the countries where shipping is supported.

Andrew Bosworth, head of Facebook Reality Labs had released a letter addressed to the Oculus Community. With their ongoing support and top priority given to the Oculus users, they intend to make the revamped headsets better than ever.

Aside from having the silicone cover the default in all the new headsets to be released in August, buyers can expect twice the internal storage. They will be ending the sales of 64GB headsets and will be shipping the 128GB at the same price of $299. Buyers also have the option of buying the 256GB variant. Read the full content of the community letter here.

Do you own an Oculus Quest 2 headset or are you planning to buy one? Tell us your thoughts about the skin irritation issue and how the brand is managing it. Sometimes circumstances like this show us how brands react and offer support to their customers. From that, we can determine our overall trust in the brand.

OCULUS QUEST 2
Thank you for reading!