On this page
1. Haptic feedback lets you feel virtual reality animals like in real life
2. How it works
3. HairTouch enhances VR realism 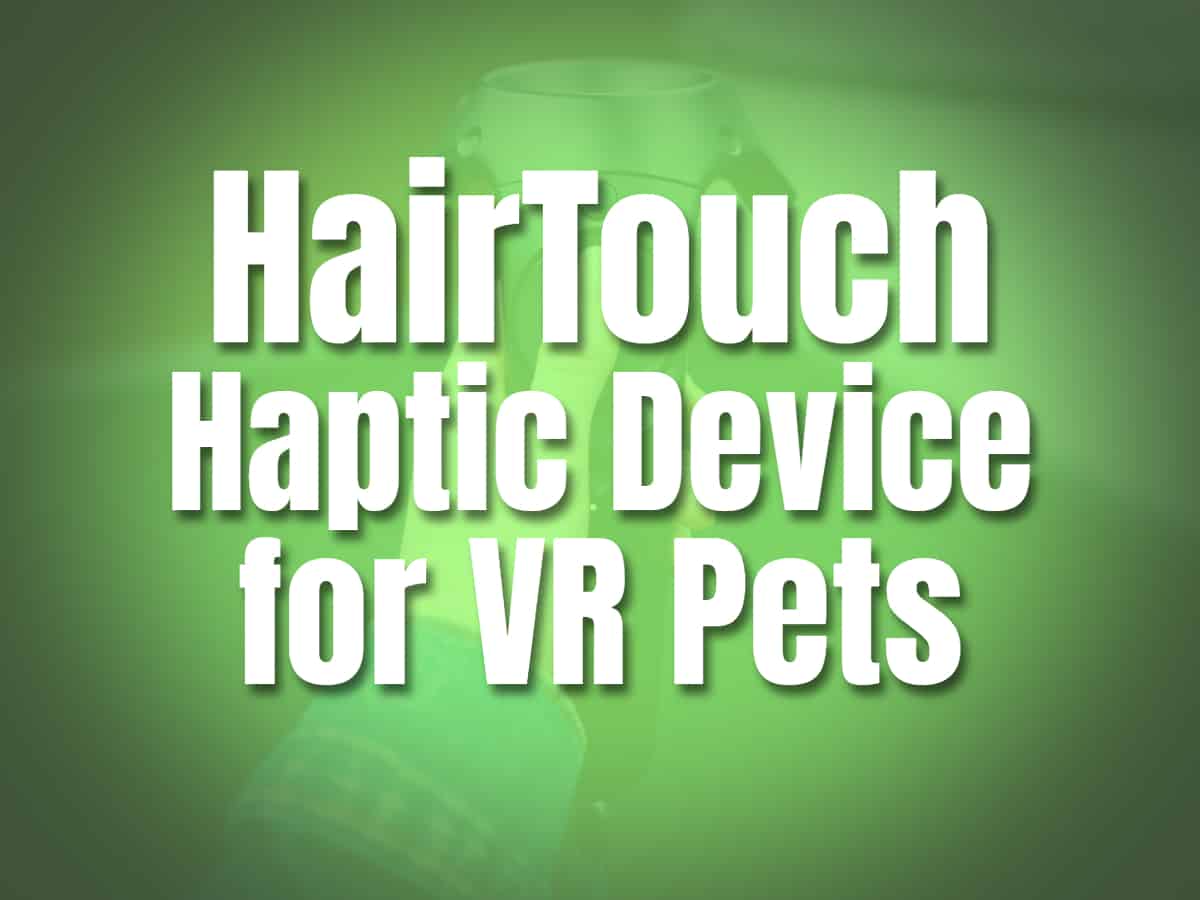 On this page
1. Haptic feedback lets you feel virtual reality animals like in real life
2. How it works
3. HairTouch enhances VR realism

There is a strange yet amusing haptic device currently in development. This is called the HairTouch VR controller. If you haven't yet seen it, you're in for a treat.

HairTouch is being developed by a Taiwan-based team of researchers. It was presented during the 2021 Computer-Human Interaction conference recently. Let’s have a look at how this team is making this technology happen. How does this new technology impact VR in the future?

Researchers from National Taiwan University and National Chengchi University formed a team. They are the team behind this technology.

Also known as 3D touch, haptic technology creates new experiences. This includes an experience of touch, vibrations, and felt forces to the VR users. In VR, haptic feedback is used so that the electronic device can communicate with the users. This results in a new level of VR experience.

VR experience is only limited to communicating with your two senses. These two senses are the sense of sight and hearing. Haptic feedback extends and goes beyond seeing and hearing. It is a simulation of the sense of touch to VR users. It is a way machines and humans communicate on a different level. This way electronic devices can touch you back.

The HairTouch uses this technology as a new way of communication. And this communication is between machines and humans through textures. It has a complex and very unique design that can result in a unique experience in VR.

The Taiwan team is using an Arduino Mega board with a custom 3D printed frame. The HairTouch controls the length, direction of a small patch of mounted fur. The length and direction of the fur change, as well as its position. This is according to the shape and form of the virtual objects it tries to replicate. Also according to how you are interacting with it. It is a simulation of the sensation of touching a virtual cat for example. VR users feel hair at varying lengths and surface height differences.

The team is using a series of servo motors to be able to adjust the bristles of the brush. The rigidity of the brush is controlled as well as the angle of the brittles. This way the VR users can feel the difference between two different animals. The device can replicate the complicated surface structures of different furry creatures. Examples are the virtual maine coon and the virtual tabby cat. The great news is this device will come as an attached device that is expected to work on all existing VR systems.

The even greater news is that this new technology isn’t only limited to furry creatures. This new possibility will allow VR users to experience a variety of textures in general.

This technology can simulate roughness, stiffness, size, and height differences. All these while in VR. This could potentially be used to simulate human contact. Which is something that is lacking in today’s modern communication.

Virtual reality could be greatly enhanced with devices that let you feel. With new haptic technologies,  VR users' experiences are amplified. Although the device is just in the early development stage, we're interested to see what comes of it.

It may take some time before something like this makes its way to commercial release. But we want to see VR technology like this mature. It is likely that it will develop into amazing integrations and purposes. Imagine it being used in more devices. Can you think of where this texture experience would be best used in the world of VR? Share with us your ideas in the comment section below.

HAPTIC TECHNOLOGY
Thank you for reading!