On this page
1. What's new with the G2?
2. The controllers are good, but the lack of capacitive touch is disappointing
3. The G2 is the result of HP, Valve, and Microsoft working together
4. Small bump in resolution, but huge difference in clarity 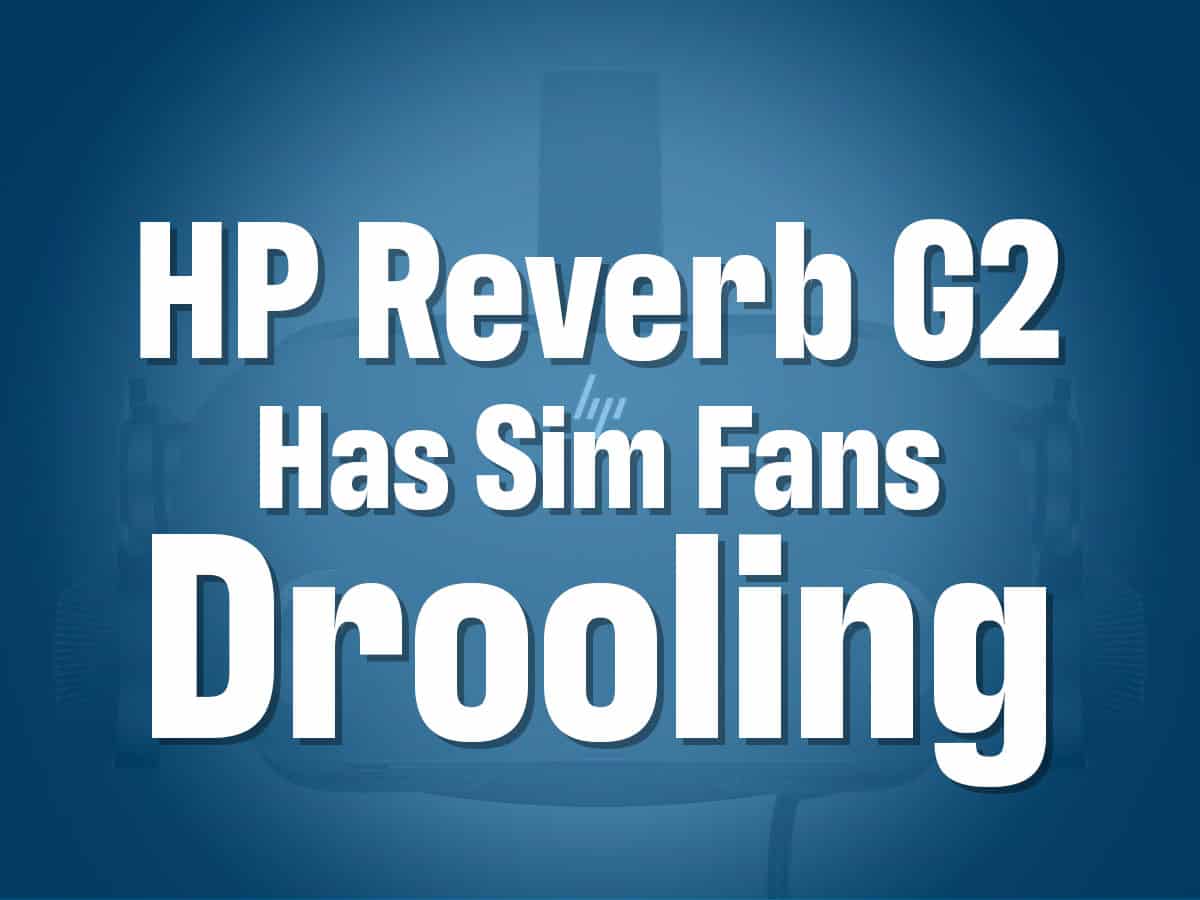 On this page
1. What's new with the G2?
2. The controllers are good, but the lack of capacitive touch is disappointing
3. The G2 is the result of HP, Valve, and Microsoft working together
4. Small bump in resolution, but huge difference in clarity

Like many VR fans, we're also big fans of simulations. That's why when I got a look at HP's new Reverb G2, I pre-ordered one.

With a 2160 per eye resolution and a relatively low starting price ($599.99 US), HP’s Reverb G2 has potential to rival the Index. Upgraded motion controllers makes the G2 more on parity with Oculus’s controller offering. This VR headset is turning heads.

Speaking of turning heads, you can now. The inside-out tracking has been reworked with two more cameras (four total). This has been done so you don’t lose hand tracking as easily as the G1. Early reports say that the tracking works nearly as well as the Oculus Quest.

The controllers are good, but the lack of capacitive touch is disappointing

The new controllers of the G2 are a major upgrade from the G1. Ergonomics have been improved and the touchpad has been replaced with a joystick that can also act as a button. You also get 4 other face buttons and analog trigger and grip buttons.

They are a fair bit heavier than average motion controllers, partly because it has to use 2 AA batteries. They also lack capacitive sensors to tell whether your fingers are resting on a button or not. Overall these are solid controllers, and the parity with Oculus's offerings will help integrate them into the current VR ecosystem.

The G2 is the result of HP, Valve, and Microsoft working together

HP has worked with Valve, sourcing both the lenses and the audio solution from them. The lenses are a big upgrade from the original Reverb. They were redesigned to eliminate the mura effect that the old lenses created. The G2 also has reduced chromatic aberration that appeared in the G1. This makes the images much clearer that a higher resolution alone would do.

Using the audio drivers from the Index means the G2 has arguably the best integrated audio system on a VR HMD. Similar to headphones, but not quite. They were designed to be about 10mm away from your ear, giving both a more natural sound and allowing you to hear the outside world.

This means it has no isolating ability. If you want to cut out the outside world, you will need to use an alternative headphone solution. Unfortunately, that would require running headphone cable separately to the computer. This is due to the lack of an audio jack on the headset itself.

Small bump in resolution, but huge difference in clarity

The difference between 1440x1600 resolution per eye of the Index and the 2160x2160 per eye of the Reverb G2 is very noticeable. This is particularly nice for reading instrument panels and seeing the upcoming turns in racing sims.

Aside from simply more pixels, the G2 also has a slightly lower field of view. Cramming all those pixels into a smaller FOV allows for a significantly sharper image.

Unfortunately, the refresh rate is capped at 90hz, but considering the price, this isn’t much of a surprise. HP says it can run its screens brighter because of this. Allowing them to keep the displays lit for a shorter time. This reduced image persistence allowing for sharper-looking images.

The HP Reverb G2 appears to be in a great position. Filling a gap for those who want great resolution, but aren’t as concerned about full-body motion tracking.

The sim community will really appreciate this headset. With its clarity, ease of setup, and reasonable price getting into sim-VR has never looked better.