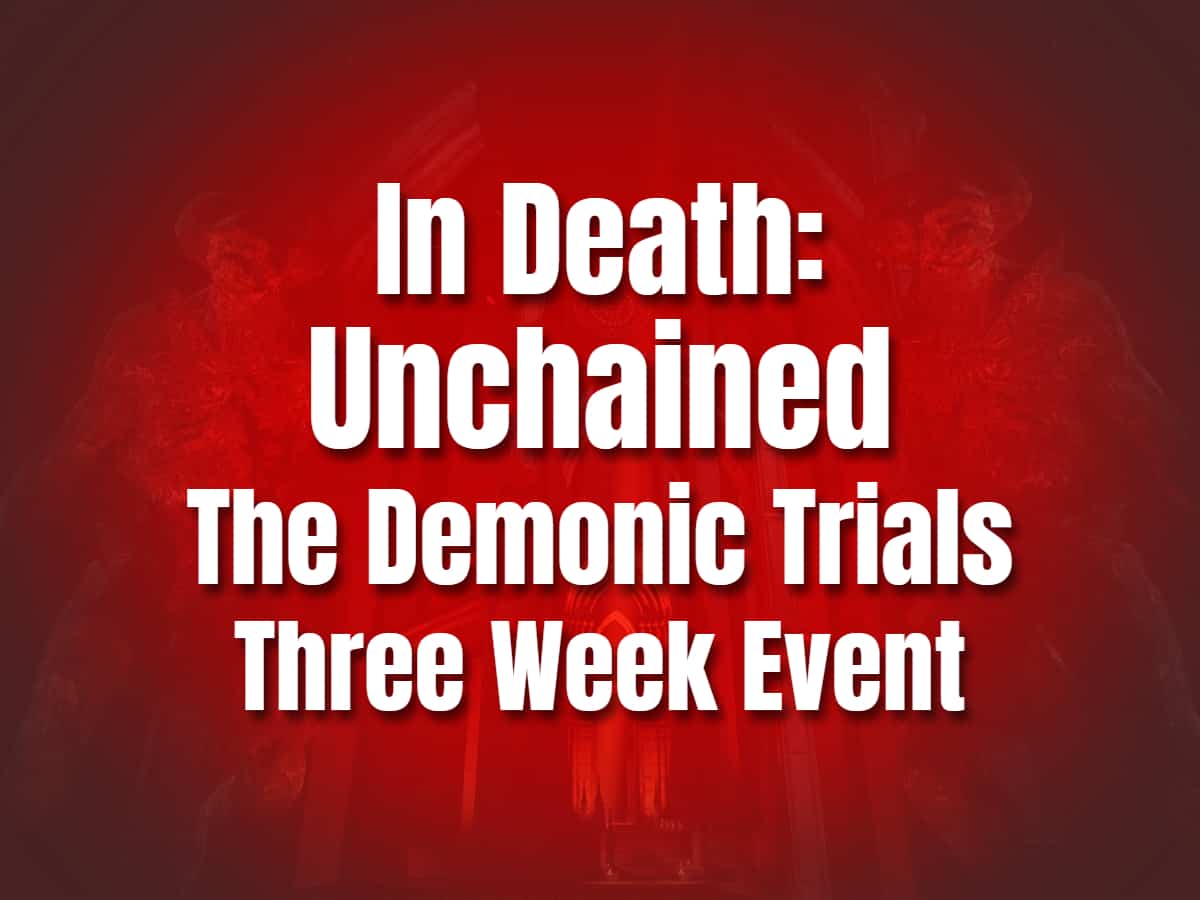 Death: Unchained is a VR game exclusive to Quest 2. A different developer previously released In Death as a VR-only game on Steam. After that, Superbright bought the franchise and entirely remade the game for Quest 2. Superbright changed its name to Unchained to reflect the wireless feature of Quest 2. This afterlife shooting game was released in 2020, and it is now celebrating a new milestone by hosting a massive in-game event to highlight all that every player loves about the game and then some. It has planned fantastic things for its fans and gamers in the In Death Unchained Demonic Trials event.

Unchained Demonic Trials, a three-week-long event, will commence on May 24th, 2022. Developers made it clear that the said event is not a tournament. Instead, they have something completely different. Instead of fighting against each other, the event will have gamers working together to earn points and rewards. The rewards will be based on a collective effort by different players across runs in the event.

Every week, a new Demonic Sigil is introduced in the game. There will be three Demonic Sigils in all. Demonic Sigils, according to the developers, are a set of runes that change the game's rules and create new objectives. The game will be dramatically altered as a result. It will change known game rules and will have more challenging rules. The gamer's objectives will be varied, as will the game rules. Expect something you’ve never done before in In Death.

Furthermore, you will be able to accomplish and see things that were previously impossible because gamers will be free to play in whatever chapter and environment they like. So, if you haven't advanced to the next chapter yet, now is your chance. You can also go back to your favorites. New and existing players would love this.

Superbright promised a fun three-week event in the game but warned players that it would be challenging. It will undoubtedly be difficult and more demanding. It will have more challenging rules. Accept these challenges and unique game twists to unlock Legend Points. This entire community is ready to embark on three weeks of collective fun, based on a new set of rules and exciting modifications. Are you ready?

This could be the ideal opportunity to dive into the universe of In Death: Unchanged. It will be extremely advantageous to new players because they will be able to explore the game chapters as much as they desire. For both new and existing players,  it's also an interesting way to connect with other gamers in the community. Participate in the collective effort. Have fun while achieving new goals and exploring new paths in the afterlife. Follow Superbright on Twitter to learn more about the game.