On this page
1. Bruce Lee’s former Hong Kong mansion: The Crane’s Nest
2. Bruce Lee remembered and introduced to the younger generation
3. Revival of the Memory: Bruce Lee’s Home in Metaverse: What to expect 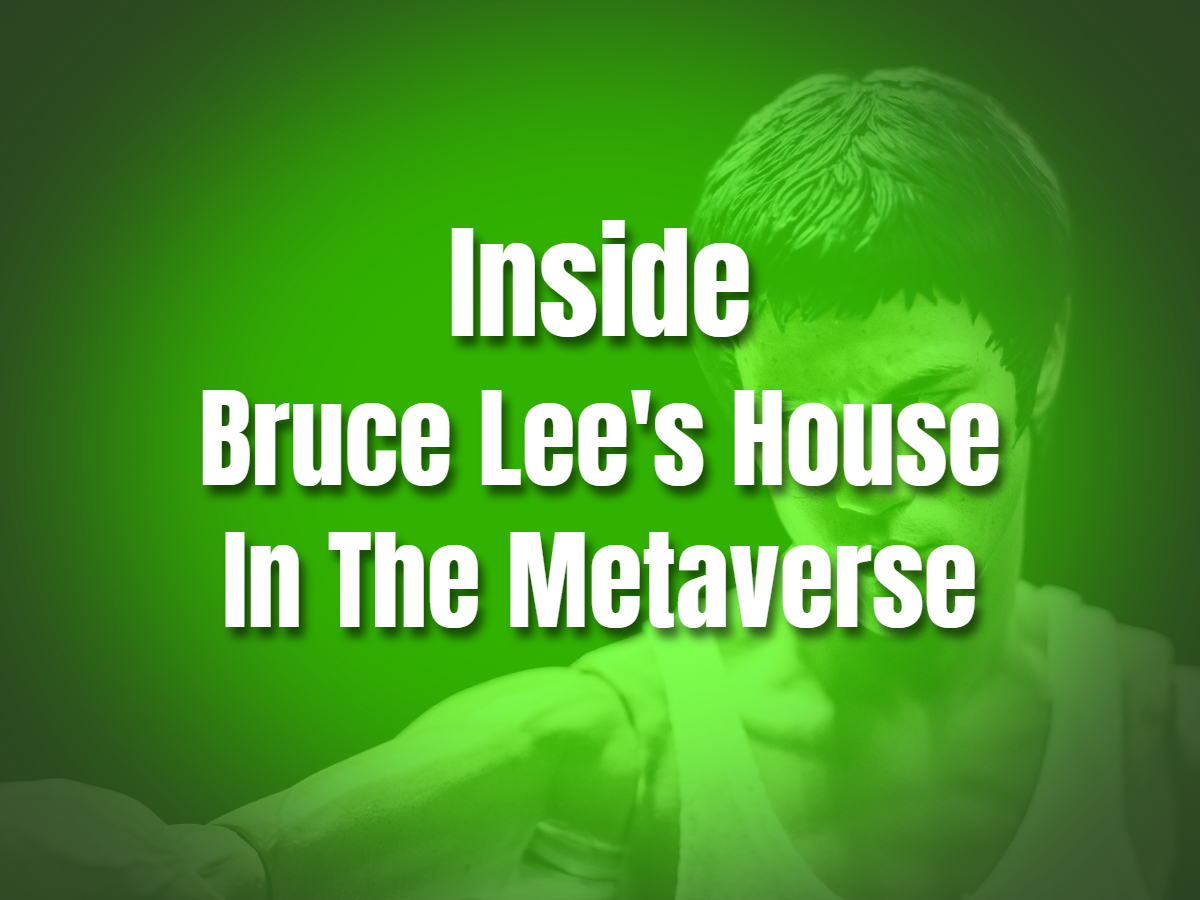 Inside Bruce Lee’s House in the Metaverse

On this page
1. Bruce Lee’s former Hong Kong mansion: The Crane’s Nest
2. Bruce Lee remembered and introduced to the younger generation
3. Revival of the Memory: Bruce Lee’s Home in Metaverse: What to expect

Bruce Lee is one of the most iconic martial artists of all time. He is best known for his roles in movies such as Enter the Dragon and The Game of Death. Lee died in 1973 at the age of 32, but his legacy has lived on.

Because of the actor's fame and legacy, his former house in Hong Kong, known as the Crane's Nest, is considered one of the key cultural locations and representation of the interchange of east and west cultures.

The Crane’s Nest is Bruce Lee’s last known residence before his death on July 20th, 1973 Unfortunately, the house was demolished in 2019. This year, on his 49th anniversary, Bruce Lee Club and PRIZM Group co-host “Revival of the Memory: Bruce Lee’s Home in Metaverse”

Thanks to the exploration of recent technology, it is still possible to recover what was lost in the past like the Eternal Notre Dame. Lost in a devastating fire in 2019, The Notre Dame Cathedral was rebuilt on its majestic spot in the VR world today.

The Crane’s Nest was located at No.41 Cumberland Road, Hong Kong until the owner Yu Pang lin Charitable Trust had to demolish it in 2019. Many were in shock and lamented the loss of the two-story townhouse. As reported, the structure has deteriorated beyond repair. The owner has built a school for Chinese studies for children on its ground in place of the Crane’s Nest.

The administration postponed the demolition for two weeks to give the supporters time to negotiate a few agreements to maintain some of the location's historical importance. The four window frames and multicolored mosaic from the original building were preserved in the newly constructed building.

Most fans agree that restoring the building and turning it into a museum dedicated to the actor's accomplishments and classic movies would make more sense. But until it finds a home in the metaverse, this is not viable anymore.

Bruce Lee remembered and introduced to the younger generation

The goal of the rebuilding of Bruce Lee’s house is to remember his contributions and achievements as a revered actor of his time. It’s not only for his fans. The goal is to introduce Bruce Lee and all he represents to the younger generation who doesn’t know him.

The rebuilding of the house is made possible with the efforts of the Bruce Lee Club in partnership with PRIZM Group. They are working with three young students - Lee Chun kit Owen, Yuen Ho Wa Andy, and Li Chun Kit Jacky - from the Hong Kong Institute of Vocational Education (Shatin) to reproduce the old home in the Metaverse.

"The building was firstly transformed into a hotel after Bruce Lee passed away, and was once planned to be converted into a memorial hall. Unfortunately, the plan was shelved and the former home was demolished. We want people to know more about Bruce Lee's last trail via VR technology, and understand more about his 'Water Philosophy'. The project collaborates with universities and organizations including three young students hoping to pass on the Bruce Lee spirit from generation to generation in unrestricted formats.", Wong Yiu-Keung, chairman of the Bruce Lee Club, said.

Revival of the Memory: Bruce Lee’s Home in Metaverse: What to expect

This metaverse experience will recollect memories of Bruce Lee with Web 3 and blockchain technology. Fans from all over the world can enter the mansion and relive its old splendor. They can also participate in a series of interactions.

In the future, the makers plan to hold events and activities in the metaverse venue. It will also feature never before seen collectibles of Bruce Lee. The project will see completion by July 20th, 2023 on Bruce Lee’s 50th death anniversary.

You can find more information about the project here.