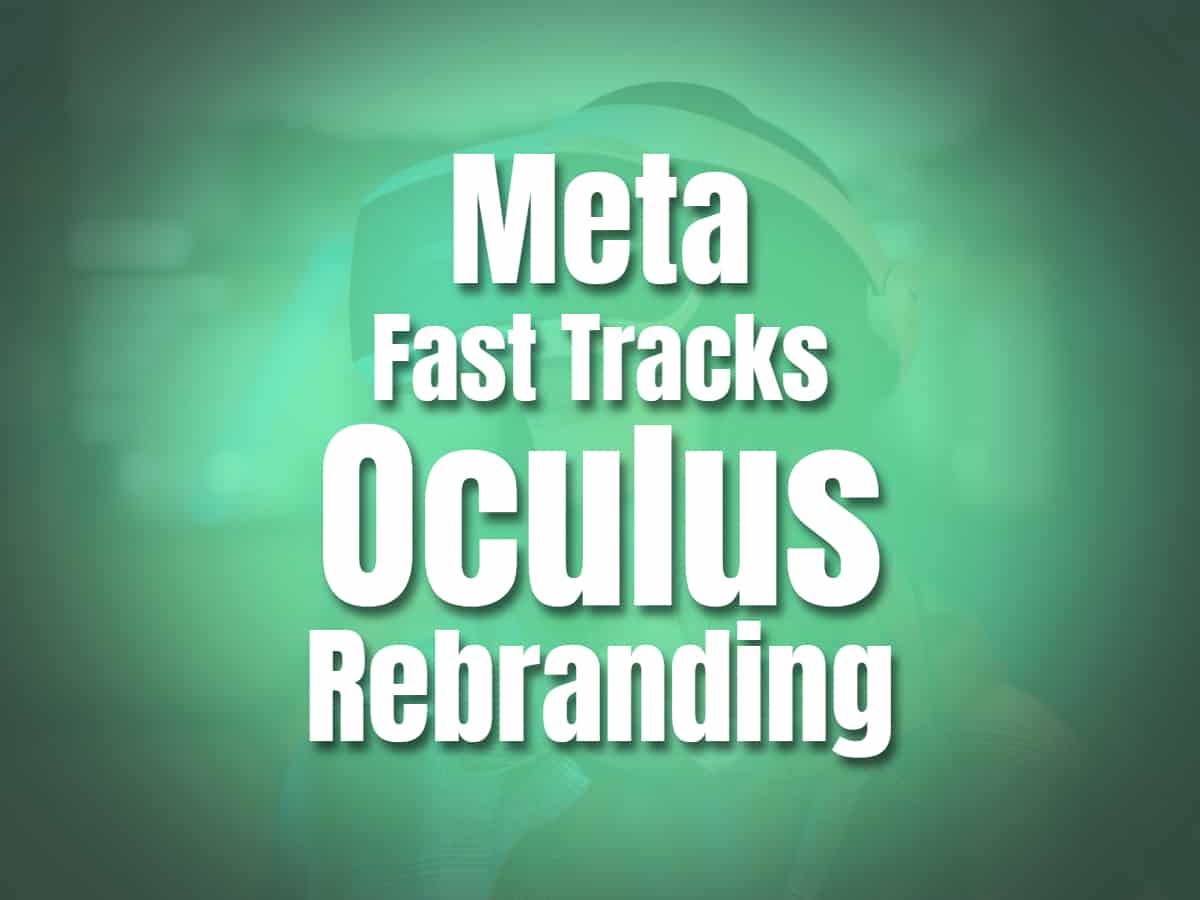 Since Facebook Connect, Facebook's revelation of the major changes taking place in their company has sparked a flurry of new and interesting developments. Following the announcement, the incoming Chief Technology Officer Andrew Bosworth issued a formal statement on Facebook regarding the changes, which included a renaming of the various sectors, including Oculus Quest. The statement is excerpted below.

“...VR will be the most immersive way for people to access the metaverse and as we look toward our goal of bringing 1B people into VR, we want to make it clear that Quest is a Meta product. For this reason, we’re simplifying our brand architecture and shifting away from the Oculus brand for our hardware. Starting in early 2022, you’ll start to see the shift from Oculus Quest from Facebook to Meta Quest and Oculus App to Meta Quest App over time.”

We are expecting a rebrand from Oculus Quest to Meta Quest in 2022. However, we are seeing the shift sooner than expected.

Oculus has featured an upcoming VR experience in a blog post. Downtown Disney in Anaheim, California will offer a special Quest 2 preview of Star Wars: Galaxy's Edge. The promotional material on the page has Meta Ques 2 branding on it. This is despite the Oculus logo being still on the main image and the links and page are still Oculus. The term "Meta Quest" is used in both the introduction and the body of the piece.

Is Oculus rebranding in time for the holiday season? This is too early to tell but all we know is that they have started the transition earlier than expected. Oculus plays a core part in Meta’s vision of the metaverse. The Oculus brand has gained a staggering amount of popularity in the VR space. With Oculus Quest 2 topping the list of the most used VR headset to prove it.

According to Andrew Bosworth, Meta made a very difficult decision to change the Oculus brand name. But this change is needed to realign the brand towards the changes that the parent company is doing today.

Oculus Quest users may have a strong attachment to the Oculus name. The early shift must be to drive mass adoption of the new branding. We can expect to see more of Meta Quest 2 branding in the future.

CEO Mark Zuckerberg pledged more developer tools and assistance for content producers and developers. The corporation does not claim to be the exclusive proprietor of the metaverse. It's a collaborative effort. All of these developments are occurring while all sectors are aligned to promote the building of the metaverse's future.