On this page
1. Meta Quest and Pico: An overview of the companies and their products
2. Pico Neo 3 Link release in Europe, “a beta program”
3. North American expansion, real or rumor?
4. Pico Neo 3 Link headset is a viable alternative we can’t wait to see in the US 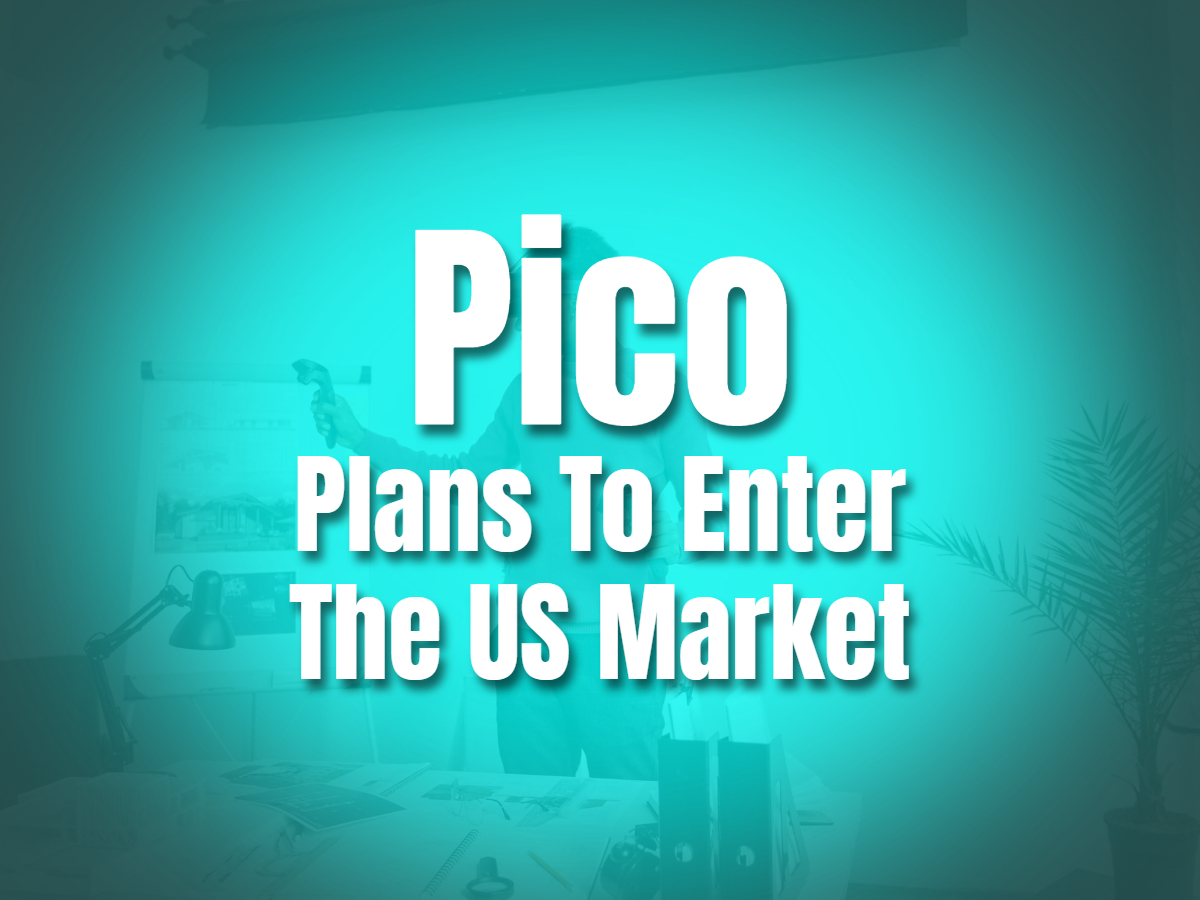 On this page
1. Meta Quest and Pico: An overview of the companies and their products
2. Pico Neo 3 Link release in Europe, “a beta program”
3. North American expansion, real or rumor?
4. Pico Neo 3 Link headset is a viable alternative we can’t wait to see in the US

Pico, another VR company, has begun planning to penetrate the US market. This makes it exciting for the VR industry in the US. Huge brands like Meta Quest currently dominate the USA consumer VR industry. The company is known for its standalone VR headset and an ever-growing VR platform.

Many people saw Pico as a competitor and equal to the brand Meta Quest from the very beginning. Mainly because it offers a similar standalone VR headset at a competitive price. The company, however, did not serve the American market for some time.

But now that it's made its way into the European market, it reveals that there is some truth to the speculation. Pico is now making its way to the USA to expand its reach. Will Pico be the biggest rival of Meta Quest as many predicted?

Meta Quest and Pico: An overview of the companies and their products

Meta Quest formerly known as Oculus Quest was rebranded in 2021. Announced during the Connect 2021 event, the new name follows the parent company as it changed its name from Facebook to Meta.

Oculus, then and now, is a major provider in the consumer market providing standalone VR headsets. Today it has continued to serve VR fans with an increasing number of high-quality titles in the Quest Store and adventurous content in the App Lab.

Ever since the shift from Facebook to Meta, the parent company has focused on grooming the Meta Quest ecosystem towards its great vision of the Metaverse. The Metaverse is the ultimate reason for the entire rebranding to Meta. The company doesn’t want to be known anymore as a social media giant Facebook, but as a major name in the world of Metaverse.

Pico Interactive, on the other hand, is owned by its parent company Bytedance. This Chinese company is known for standing by its intentions to provide only enterprise-focused products to the rest of the world. This means that the company, for some time, was not expected to release consumer VR products to markets outside of Asia.

For a while, VR aficionados have lusted after Pico VR products and their specs, regretting they will never arrive in the US market. But now it probably will.

Check out the Pico Neo 3 Link specs here. With the same specs as the Neo 3 Pro and similarities to Oculus Quest 2,  Pico Neo 3 Link offers improved streaming capabilities, a more comfortable design, and a wider field of view compared to Quest.

The big shift began at the launch of the Pico Neo 3 Link in the European market. This consumer VR headset was first released in Germany in limited quantities. We have to note that Germany isn’t Meta Quest’s market. So, the Oculus Quest 2 is not available in the said country. France, Spain, and the Netherlands also got access to the product in May 2022. While this month of June sees its release to Italy and UK. The product is currently at a globally competitive price of €449.

The big news is that Pico Interactive claims that the release to the European market is a unique beta program. It aims to get feedback from the target VR fans in this VR market. Pico is said to be gathering information regarding user accounts, payments, and other services. Most importantly it will collect feedback for the Pico Store, which is expected to receive upgrades in the future.

Europe is evidently on the map of Pico’s market. This official Twitter post proves that. Pico has indeed entered the European market. But where did the idea of a North American expansion come from?

While the company has not officially announced the expansion, The Protocol claims that a huge fund is being prepared for the development of the Pico Store and related products. VR content is undeniably the biggest advantage of Quest 2. To compete with Quest 2, especially in the US market, they must take this into account for future product development.

The vast majority are looking for new standalone VR headset selections with comparable specifications. Pico Neo 3 Link will most likely be a major deal when it hits the market. Pico's products are under the radar even before it prospects the US. So, that’s expected.

Consumers may like this upstart headgear if it offers more fantastic content and services in the future. In VR, we love a friendly rivalry. A long-awaited Quest 2 rival? Let’s see. It's exciting to see one of the most promising consumer VR headsets arrive in the United States. For now, we still have to wait.

PICO NEO 3
Thank you for reading!