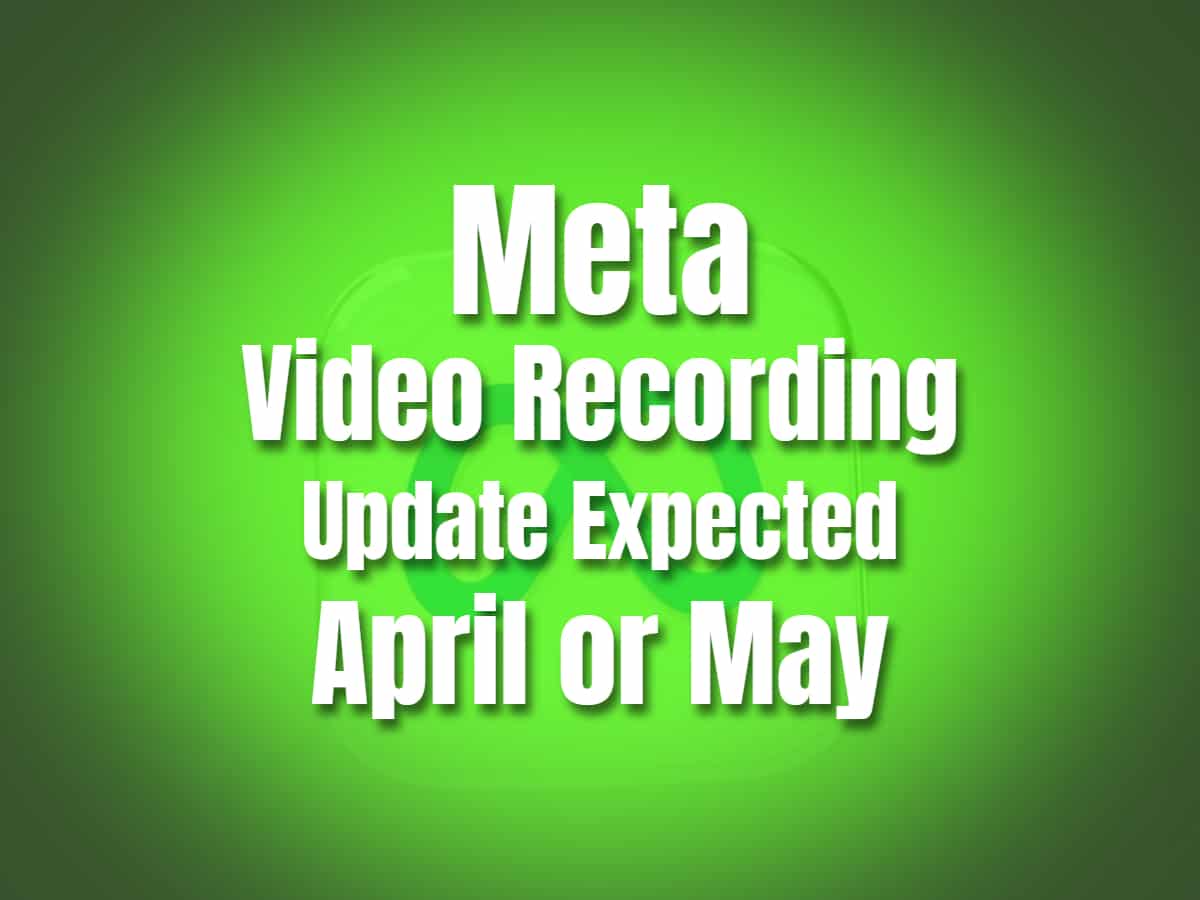 Since January, a Twitter message from a Meta product manager has acknowledged the company's attempts to fix identified concerns with Quest video recording. This covers frame rate and aspect ratio limitations when recording.

Quest 2 deserves credit for its built-in sharing features. Users may share everything from simple snapshots to mobile and TV casting, live streaming, and gaming video recording. While the video recording in Quest 2 is fine for short clips to share with friends, it is not suitable for more complex applications. The video quality is quite poor. As a result, numerous gaming professionals have requested that this issue be addressed.

NathieVR, a Twitter user, received a message straight from one of the product managers earlier this year. After a few months, he followed up and received a response as well. The Twitter exchanges confirm that progress is being made. Clorama Dorvilias answered with a likely date for the intended launch of the upgrades in the most recent response.

Cloroma Dorvilias of CreativeClo verified the feature enhancement will be available in May in the following Twitter message.

“Our team can’t wait to put it in all your hands too! Feedback has been really positive from the creators who’ve seen designs. We’re shooting for a May public launch (accounting for privacy/security reviews/design/code iterations etc) but chances are high for April.”

The aspect ratio will have improved in the upcoming update. The ratio will have the option for a widescreen (16:9) from the usual square (1:1). The (1:1) ratio is typical of what each eye renders on a Quest headset. Meanwhile, the new widescreen ratio fits most TV screens, laptop screens, and monitors, as well as landscape orientation on smartphones. The quality of the extended view will not be compromised. Also with the wider view, gamers will not see any black bars on each side of the screen. This results in a more immersive experience.

We should expect greater VR experiences and applications as Meta continues to develop elements and details that matter to users. VR is all about the immersive experience, and making it better and better is a constant trend in the current innovations in VR today. This is useful information to have. Until next time, VRfam!