On this page
1. Niantic is creating a basketball universe for NBA fans
2. Social AR in the making?
3. Want to join the NBA All-World BetaTest? 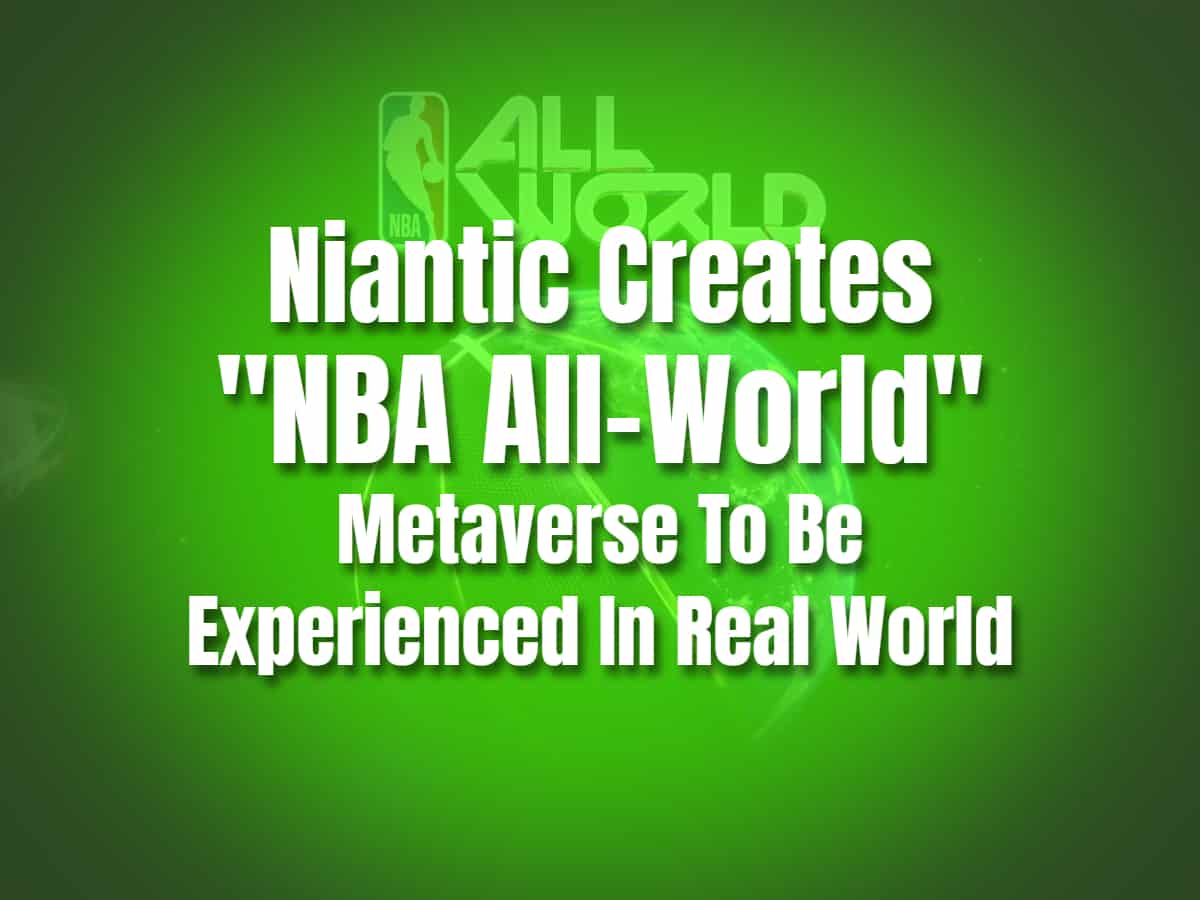 On this page
1. Niantic is creating a basketball universe for NBA fans
2. Social AR in the making?
3. Want to join the NBA All-World BetaTest?

Niantic recently announced the development of an NBA augmented reality game. This AR experience is another step toward realizing the ambitious real-world metaverse centered around groups with like-minded interests. In contrast to existing VR platforms, Niantic is developing an AR-powered metaverse. Niantic believes that now is the perfect moment for people to venture out and explore this new AR landscape.

Niantic is creating a basketball universe for NBA fans

Niantic is the same maker of the popular Pokemon Go. Similar to the mentioned game, NBA All-World will make players go out and find basketball courts or places to interact on a virtual map.

The hotspots are random and do not include real-world basketball courts. As players explore the map, they’ll be able to meet other players that they can play 1v1 matches with.

Local leaderboards feature top players. This makes the game more exciting as each competes to be on the top. There are also NBA players to beat. You get to collect them if you defeat them in a match.

Social AR in the making?

Just like Pokemon Go which is just rolling out the Social AR app integration called Campfire, this game is geared towards this direction. Niantic had proven experience building games like this. Creating a new world within the real world is something that Niantic is known for. And now the company is heading towards the next level of building an interactive community. It is more likely that the NBA All-World gets the same.

NBA All-World will soon roll out for iOS and Android users. Along with different AR experiences like Peridot, Niantic has a lot of recent activities. And more is coming. This includes their own IP, global scale visual positioning system, and a promised new AR hardware.

According to reports, the company is building a sizable social AR game universe. Is this the beginning? We are keeping an eye out for future offerings from Niantics.

NBA All-World will have a soft launch and will be available for beta testing. This will be offered in very limited markets. If you want to receive the latest update and the availability of the experience for you, pre-register on their website.

It is quite an exciting time to learn more about the burgeoning metaverse. But companies like Niantic have a different plan in mind and want to create a new version of metaverse in the AR sphere. With its location scans and global mapping integrations, how far will the ambitious concept take us? Are we ready for Niantic’s real-world metaverse?

Niantic’s innovation engine encourages engagement in real-world locations and local communities. NBA All-World represents a new alternative to recreational basketball and sports games in general. It is free to play and promises an engaging gameplay experience. In the future, it may also be a great place to connect to the world.