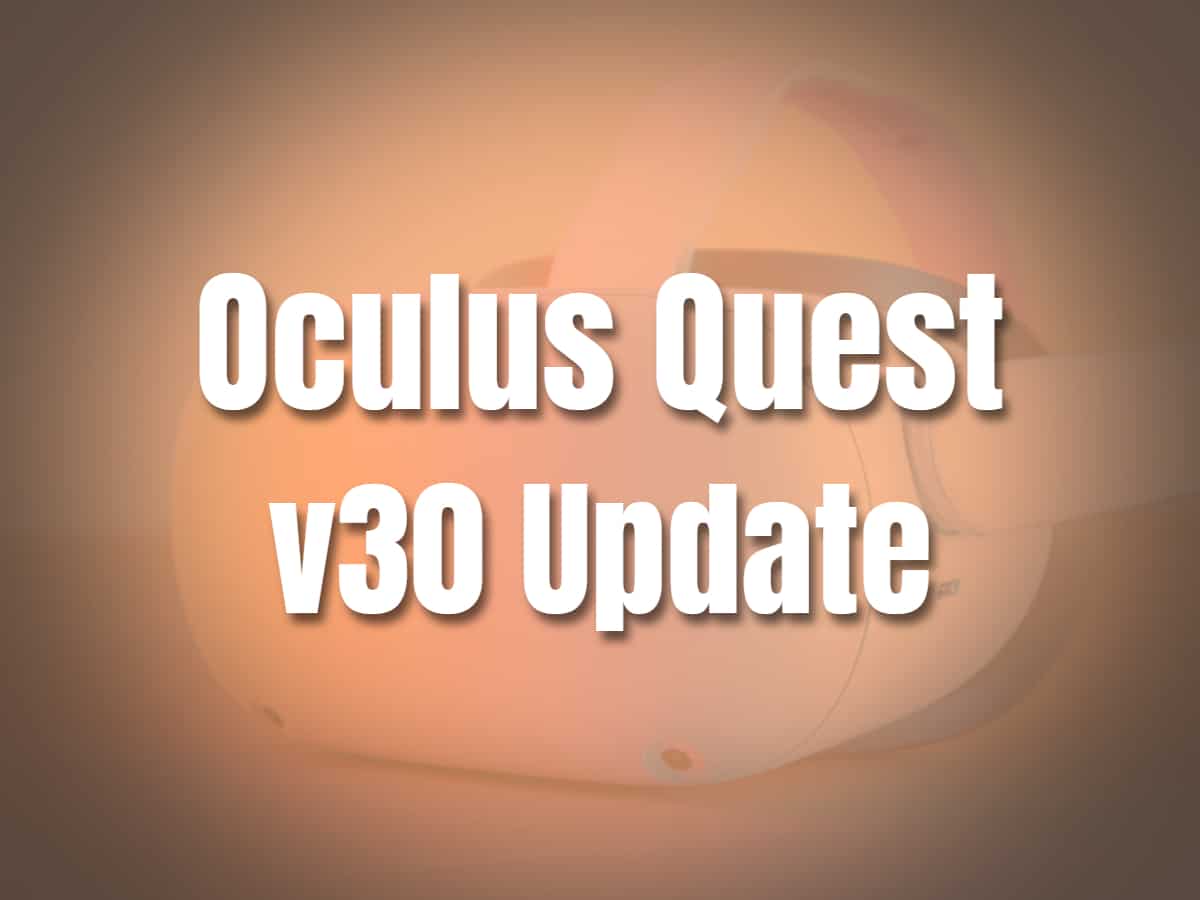 Oculus just released the newest update to the Oculus Quest. The update, numbered version 30, will bring some new features. Users will definitely find them useful.

The update has 4 main developments that many are waiting for. All these changes are geared towards making a better standalone VR experience for Oculus Quest users.

Facebook announced the update last week, June 17th. It’s got a few pleasant surprises for Oculus users that receive different reactions. Here is some quick information about the v30 update.

Users can turn on the Air Link via Settings. Just find the Experimental Feature tab. Alternatively, this can also be done via the Oculus PC app. Both Oculus Quest 1 and 2 can now enjoy the same experimental feature. This allows both standalone headsets' users to not miss out on what PC VR users are experiencing in VR.

Customization isn’t difficult on the Oculus platform. But as they go further down the road, the company wants to provide more ease of usage and customization.

The new Accessibility Tab can be found in the settings menu. The said tab will have all the current features and the new ones. The v30 update adds two new options in the Accessibility Tab. The first is “color correction'' and the second is the “raise view''.

Meanwhile, the second option is the "raise view". The new option lets you experience the games and apps with a standing view even if you are seated. This is a very useful feature to most of us. Once this feature is enabled, it will automatically give an additional 16 inches raise from your level of perspective. It is important to note, however, that this feature only works for supported apps. Meaning, you may not be able to experience it with just any game. As of writing, we don’t have information yet on which apps support this new feature.

Another one up for the experimental feature for Facebook’s Infinite Office. Facebook wants to create what they call a “flex space”. Hence, this new capability to open different apps simultaneously on the Oculus Home space.

It is easy to enable the feature. Users can find it in their settings menu. They can turn on the Multitasking feature from there and reset the headset. After that, they can drag and drop apps onto their Home space. The dashboard can now hold up to 3 different apps open at the same time.

Do you want to shift from talking in public and doing it privately with some friends? This solves everything. The new feature allows users to easily switch. That's between party chat and public voice-chat while gaming.

The new feature can be seen in the Universal menu. Simply click the “manage microphone” option in the Party menu. This will give you the option to toggle between party chat and app chat. Now, this feature can be used in whatever game you are playing on the Oculus platform.

What do you think about the new features that come with the v30 update for Oculus? The previous updates have been incredibly helpful to many. They provide simple but useful improvements in how we experience virtual reality. The features allow for both customization and ease of use to all users in the Oculus platform. This shows how Facebook continuously and relentlessly develops the Oculus platform. That is to serve a better VR experience for all its users. It seems highly likely that we can expect more from them in the near future.