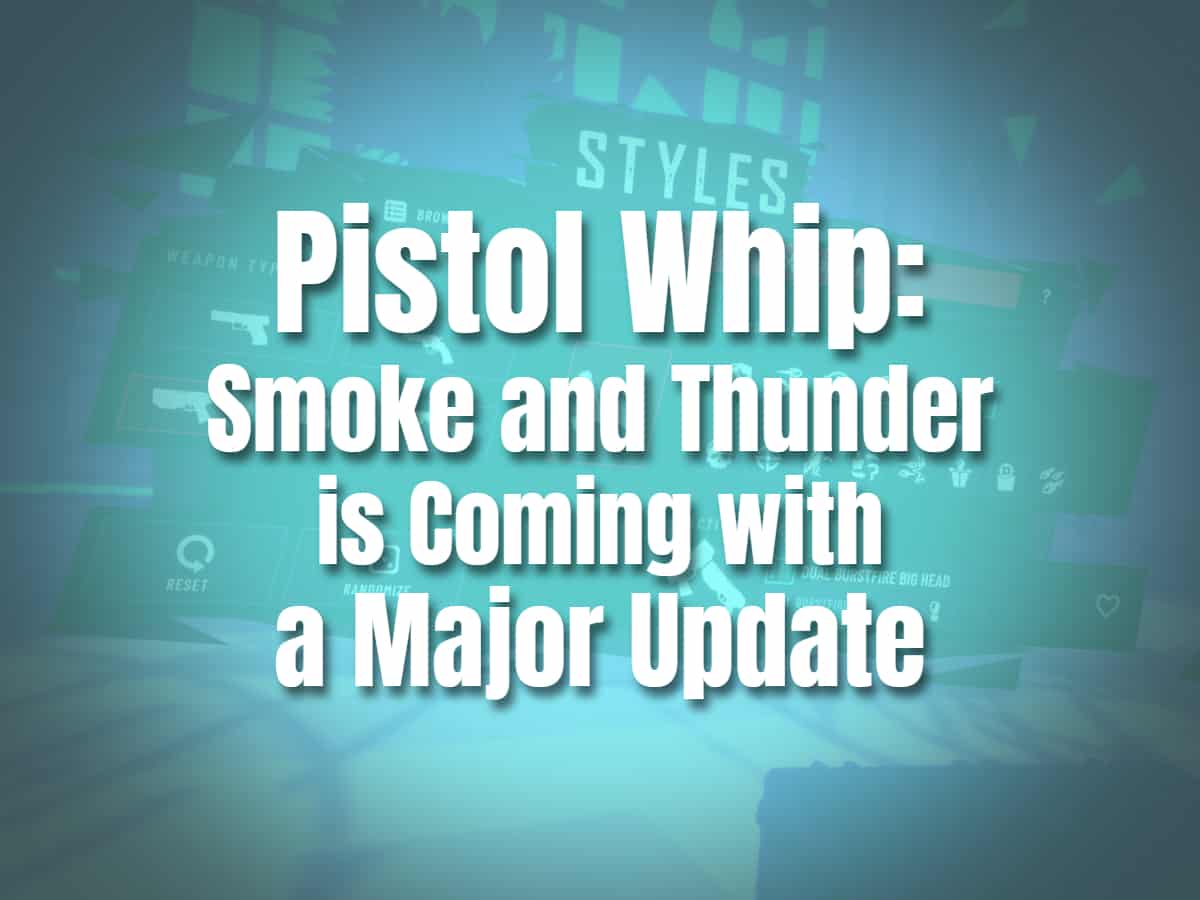 Pistol Whip: Smoke & Thunder is Coming with a Major Update to Your Favorite Action Rhythm Game

Pistol Whip is an action rhythm first-person shooter game. This cinematic action hero game is known for having the coolest soundtrack and can be a fantastic workout tool. The perfect combination of rhythm and movement in an action-packed journey will keep you hooked for hours. Cloudhead Games, the developer of Pistol Whip, has been delivering regular updates and mini-campaigns to keep the game new and exciting.

While the previous year's first campaign was sci-fi-themed, Smoke & Thunder brings something different by turning back the clock. From the futuristic theme of 2089 comes the Wild West theme y'all will love. The newest expansion pack Smoke & Thunder is anticipated to launch on August 12.

We may also expect an original debut of a new song by the synthwave band Magic Sword. There are also some fresh vocal talents. Victoria Hogan and Avalon Penrose play Jessie and Tess.

Along with the new theme and music, Smoke & Thunder will provide significant gameplay improvements. The modifier system will be completely overhauled as part of the upgrade. A new styles system will be available, allowing for limitless replay. Players will soon be able to relive various dancing modes and hardcore bullet hells as many times as they like.

Pistol Whip had gone a long way since its first release in 2019, with the creators consistently updating and improving the game. As more people enter the VR realm, they are paving the road to new heights. To fund such goals, they will impose a new fee with a modest rise. This will take effect once the free expansion pack is released. After August 15th, the game, which is now priced at $25, will be offered for $30. Existing Pistol Whip users, on the other hand, will receive all new updates for free.