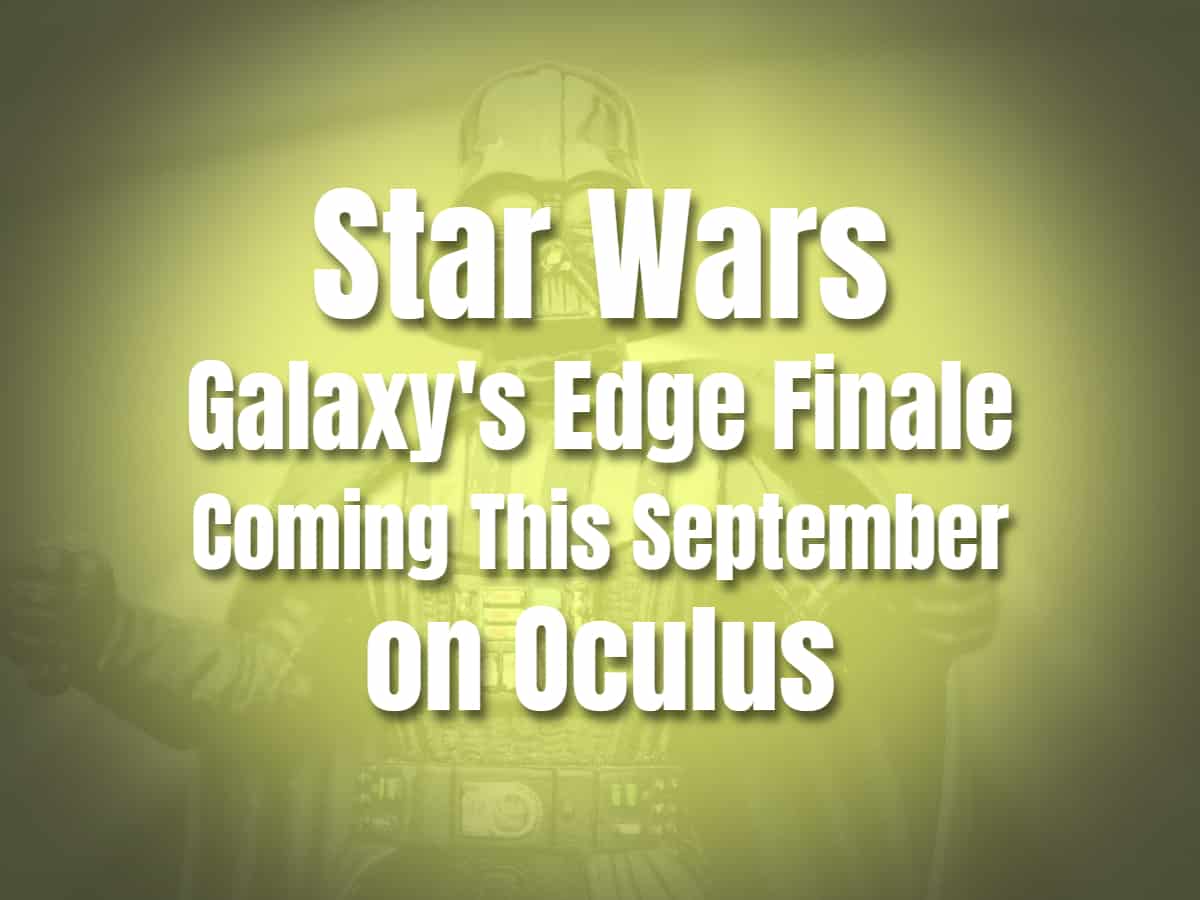 Star Wars is without a doubt one of the most popular titles in both VR and outside VR. Fortunately, Oculus has brought a piece of the Star Wars universe straight into our headsets with this Oculus exclusive. This is quite convenient in light of the pandemic's constraints. Star Wars: Galaxy's Edge is a Disney theme park attraction. It was released in VR in November 2020 exclusively for Oculus Quest.

Galaxy’s Edge’s long-awaited sequel will be released this month. With it comes the series conclusion, dubbed “The Last Call”. Let's see how it finishes. Find out what new things it has to offer for gamers to experience the Galaxy's Edge for the final time.

The Star Wars VR series brought us the Vader Immortal Trilogy before Galaxy’s Edge also known as Tales from the Galaxy debuted on the Oculus platform back in November 2020. It was released by Disney’s experimental tech entertainment team ILMxLab.

The original first installment is set between the events of The Last Jedi and The Rise of Skywalker. Players get to take on the role of a droid repair technician who after being attacked by space pirates crashes on the planet Batuu. There, his adventures begin.

Aside from its fantastic plot, the game has garnered a wide range of reactions, which is to be anticipated considering that it is a huge title game. Some, however, complained that it was too short. Hence, more anticipation builds up as ILMxLab revealed that a final installment is coming this year.

Star Wars: Galaxy’s Edge is down to its last call and players are up for new adventures

Tales from the Galaxy: The Last Call is the newest expansion of the players’ earlier Outer Rim adventures. It will conclude the series with some new characters and some returning ones making the game more interesting.

Players will return to Batuu, a remote terrestrial planet on the edge of the galaxy’s Outer Rim Territories. There they will forge new alliances and fight against new enemies. The players will also get to experience two new tales. The Bounty of Boggs Triff and The Sacred Garden.

The Bounty of Boggs Triff enables players to take on the role of the robot assassin IG-88 as they track down the criminal Bogs. Meanwhile, The Sacred Garden continues the narrative of Ady'Sun Zee during The High Republic.

The series finale will launch on September 15th, 2021. Get the original release of Star Wars: Tales from the Galaxy at $9.99 or get the full game with the expansion at $34.99 on the Oculus Quest platform.

There have previously been few VR experiences of such large-scale title adaptations. But the Star Wars Universe is steadily making its way into the VR realm. The release of “Tales from the Galaxy: The Last Call” on September 15th marks the end of the series. It also marks the start of new Star Wars adventures co-created in the thrilling limitless realm of VR.