On this page
1. What will Star Wars: Squadrons gameplay be like?
1.1. It's an EA game, so I have to temper my expectations a bit
1.2. EA is promising excellent controller support 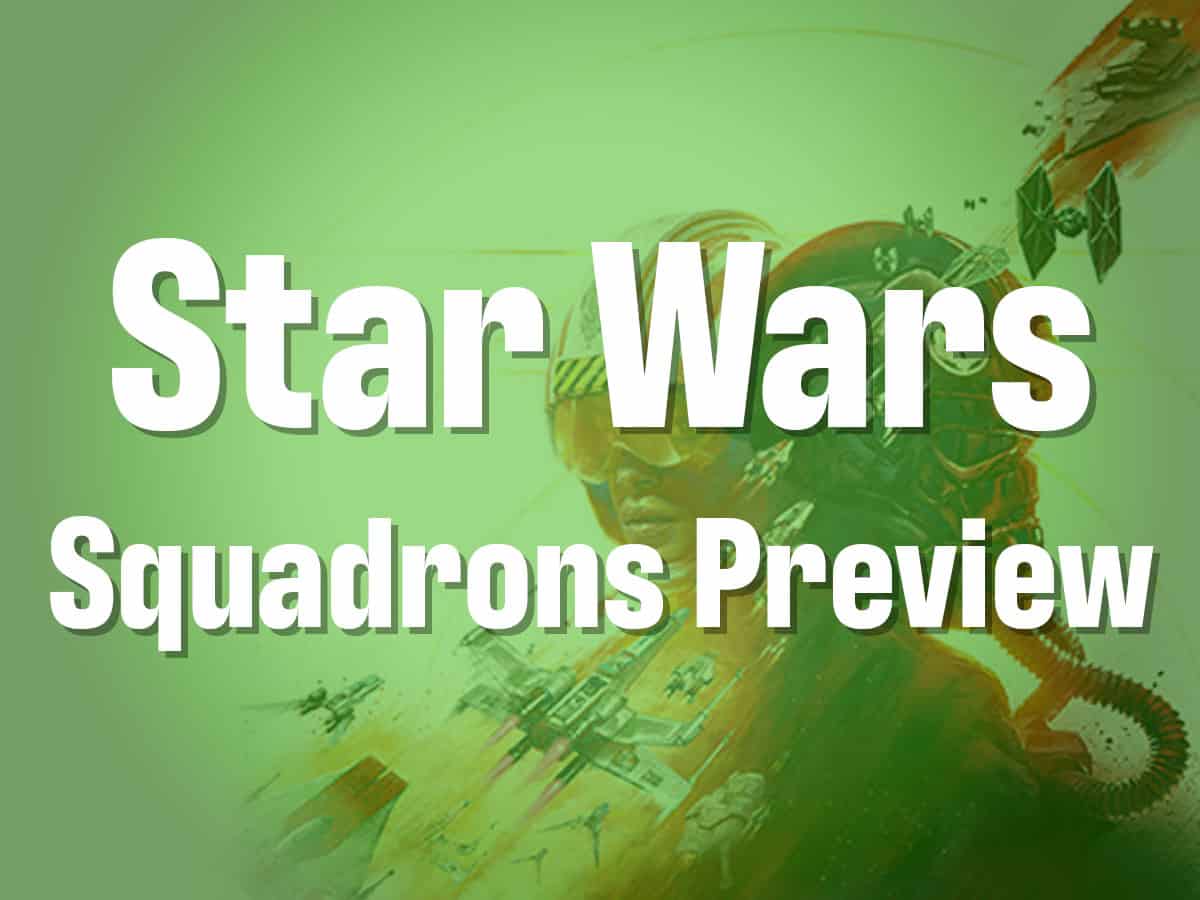 On this page
1. What will Star Wars: Squadrons gameplay be like?
1.1. It's an EA game, so I have to temper my expectations a bit
1.2. EA is promising excellent controller support

For those of us old enough to remember the old "Star Wars: Rebel Assault" games or "X-Wing" & "TIE Fighter" games from the 90's this story has a special level of feels.

Coming out in just a few months, "Star Wars: Squadrons" has the potential to really bring more people into VR. While it doesn’t require VR to play, there is little doubt that many people will buy it just for the experience of piloting your favorite Star Wars fighter from the immersive perspective that VR provides.

From the Steam page you get this:

“Take control of starfighters such as the X-wing and TIE fighter. Customize loadouts and cosmetics, divert power between weapons, shields, and engines, while immersing yourself in the cockpit. In addition, players will have the option to play the entirety of the game in virtual reality (VR) on PC!”

Gameplay is focusing on 5v5 multiplayer space battles, where your goal is to destroy the opposing flagship. You will have to work as a team, picking ships that can complement each other.

All of this will be experienced from a first person perspective regardless of using VR or not. This should keep the playing field even for VR/Flat crossplay.

Here's a preview of the single player gameplay:

It's an EA game, so I have to temper my expectations a bit

As you play, you will unlock better equipment and ships, as your rank goes up. EA says these upgrades “are earned solely through gameplay.” Hopeful this means we won’t have another Battlefronts debacle.

The game is not limited, however, to multiplayer. There will be a single player mission that takes place after the destruction of the 2nd Death Star. You will play from both the Rebel and Empire sides, with two different customizable characters.

This sounds like it will be a good way to become familiar with the two sides, and their craft. On top of that, they are promising an “authentic story” with promises of some cameos from the known Star Wars galaxy.

The game won’t be supporting motion controllers, so if you intend to play in VR you will likely want a gamepad. They do say they will offer “full controller support” so if you have a HOTAS that might be an even better option to put yourself in the pilots shoes, er’ hands.

Final thoughts, the nostalgia has me excited

We won’t know how EA handles this game until it is released, so we don’t suggest pre-ordering it. It is certainly worth keeping an eye out for, and I for one, am excited to see how it turns out.

It will be available on PC through Steam and Epic, and will also be PS4 and Xbox One, however the Xbox One will not have the capability to play in VR, due to its lack VR hardware.