On this page
1. What is Starship Commander: Arcade?
2. Hyped expectations, short VR experience
3. How's the gameplay?
4. The extras really add to the value
5. Final Thoughts
6. Our Rating: 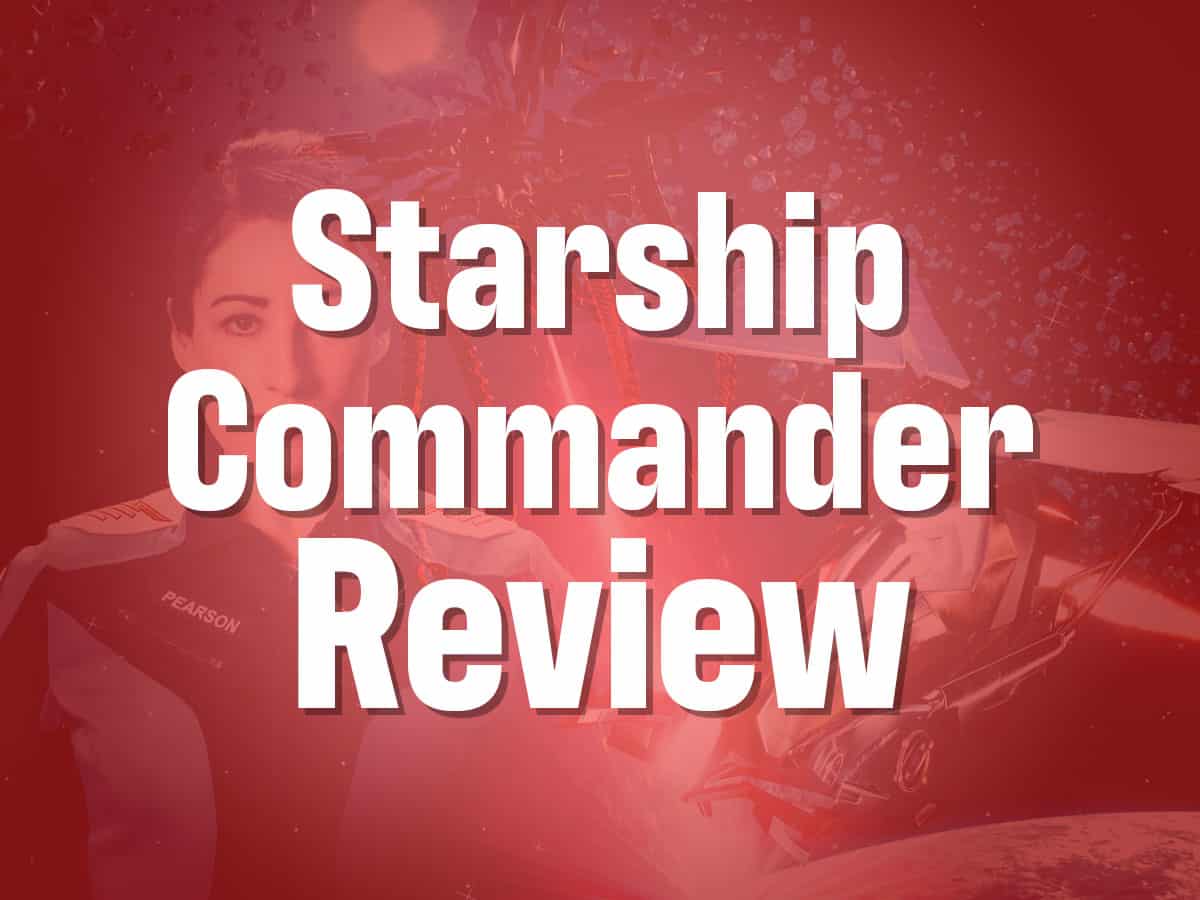 On this page
1. What is Starship Commander: Arcade?
2. Hyped expectations, short VR experience
3. How's the gameplay?
4. The extras really add to the value
5. Final Thoughts
6. Our Rating:

What is Starship Commander: Arcade?

Starship Commander: Arcade puts you in the pilot seat of a space fighter, poised to stop an alien spy facility. Development started before we had motion controllers and decent locomotion systems.

Because of these limitations, it was designed around voice control. To accomplish this, they used Microsoft’s Cognitive Services (MSCS). MSCS helps to figure out not only what you say but tries to figure out intent.

After watching all the hype, I was excited to check this game out. As so often happens when you get over-excited about a game, I was a bit let down.

After the disappointment that my initial 10-minute playthrough gave me passed, I decided to give it another go. Knowing what to expect and changing my demeanor helped. However, I was still underwhelmed.

Then I decided to let my sister give it a try. I didn’t have her watch any promo videos. I also made sure she knew it was a short, simple experience. It took her about 12 minutes to finish. She said she really enjoyed it. Even after my warning, she was surprised that it was so short.

The “Arcade” in the title Starship Commander: Arcade is very appropriate. I would liken this game to a well-polished theme-park experience. You need only put the VR headset on (or not, if you play flat-screen), and you are ready to go.

Most of the game relies on you giving voice commands to your wingman, as she leads you through the story. Occasionally you will use your gaze to target enemy ships that the computer will then fire upon.

I found the voice commands to work well enough. In the era of Alexa and Google assistant, this isn’t as impressive as it might have been a few years back. That said, I did have a few moments where I felt like I was actually talking to my comrade.

The extras really add to the value

Something I was surprised about, was the included documentary “Passion At All Costs.” This was a nice look at the work behind the game. It really helps you appreciate what it took to make this game and how far VR has come in such a short period of time. I found this really did add to the value of the package.

So is Starship Commander: Arcade for you? If you are into deep VR experiences, no it's not. Having 10-15 minutes of gameplay, with limited replayability, it will likely disappoint you. There are currently eleven achievements to unlock, but a few playthroughs I didn't feel the urge to unlock them all.

If you like novel VR experiences and enjoy sharing them with friends and family, then it certainly is worth looking at. Add the included documentary and into the mix, and it does become even easier to recommend.

Graphics: - About average VR graphics. Can be impressive if it's your first experience in VR.

Sound: - Average sound effects. The voice acting works well. There is a lot of it you likely won’t hear, leaving room for surprise as you watch other people play.

Controls: - Voice commands and gaze shooting. What it does, it does pretty well.

VR Comfort: - I found this to be a very comfortable experience. Considering you don’t have direct control of your ship this is a bit unexpected.

Value: - It's a bit of a short experience for its retail price at $7.99 ($6.79 on sale at launch). The bonus documentary is nice for those interested in VR in general.

Overall: Good! - While a fun little game to play, it doesn’t offer too much in replayability. I think those who like to show off VR to friends and family will find that this is a great game for that. Since all you need to do is talk, even grandma can play this one.

Get Starship Commander On Steam

DEVELOPER: Human Interact, Release Date 09-10-2020, The key for this review was provided by the developer