On this page
1. What is Wraith
1.1. This looks like a promising VR horror title 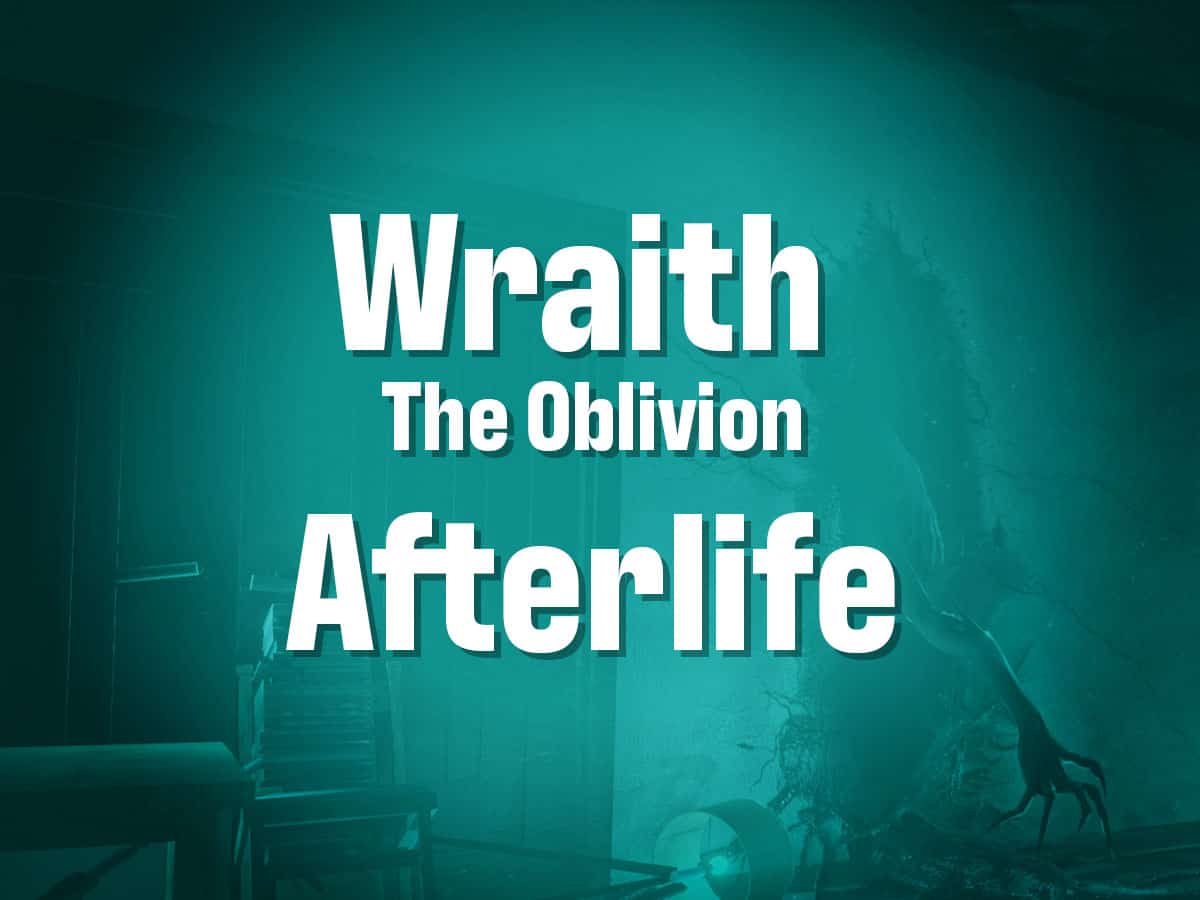 Step Into The World Of Darkness In VR Wraith Afterlife

On this page
1. What is Wraith
1.1. This looks like a promising VR horror title

I have to start off by saying I'm a big fan of the World of Darkness setting. I've been playing Vampire, Werewolf, and Mage for years. So, when I saw this tweet my palms were rubbing together in sweaty anticipation.

Wraith: The Oblivion - Afterlife is a VR horror game from Fast Travel Games (makers of Budget Cuts 2, Apex Construct and The Curious Tale of the Stolen Pets). While they aren't the first developer I think of when I think horror, I'm happy to take a look at what they deliver. Let's take a look at the trailer:

From the beginning, the trailer oozes dark ambient gameplay. It seems like the character is in an empty house until they see a mutated arm looking thing slither off around a corner. If you're a fan of haunted houses this game should be right up your alley.

Wraith: The Oblivion is a pen and paper role-playing game where the players as characters play as ghosts who have recently died. The characters have to struggle to earn "Transcendence" or succumb to "Oblivion" that seeks to devour all deceased souls.

I'm curious to see what gameplay elements the Team at Fast Travel Games will bring to this VR horror title. The setting certainly is creepy enough before they do anything with it, so there's plenty of opportunity in this title.

The official website for the game says it's coming to Oculus Quest, Oculus Rift, HTC Vive, Valve Index & PlayStation VR in early 2021. Check it out for more details, or wishlist it on Steam, and while you're there check out all of the great screenshots.

What's your favorite World of Darkness game? Does this sound like a good way to merge a classic gaming IP with a new medium? Sound off in the comments below.