On this page
1. VAIL VR overview
1.1. The Storyline
2. Join the VAIL VR community
3. What’s in this game
4. Future of VAIL VR 2023 and beyond
5. VAIL VR is pushing boundaries in the competitive gaming scene 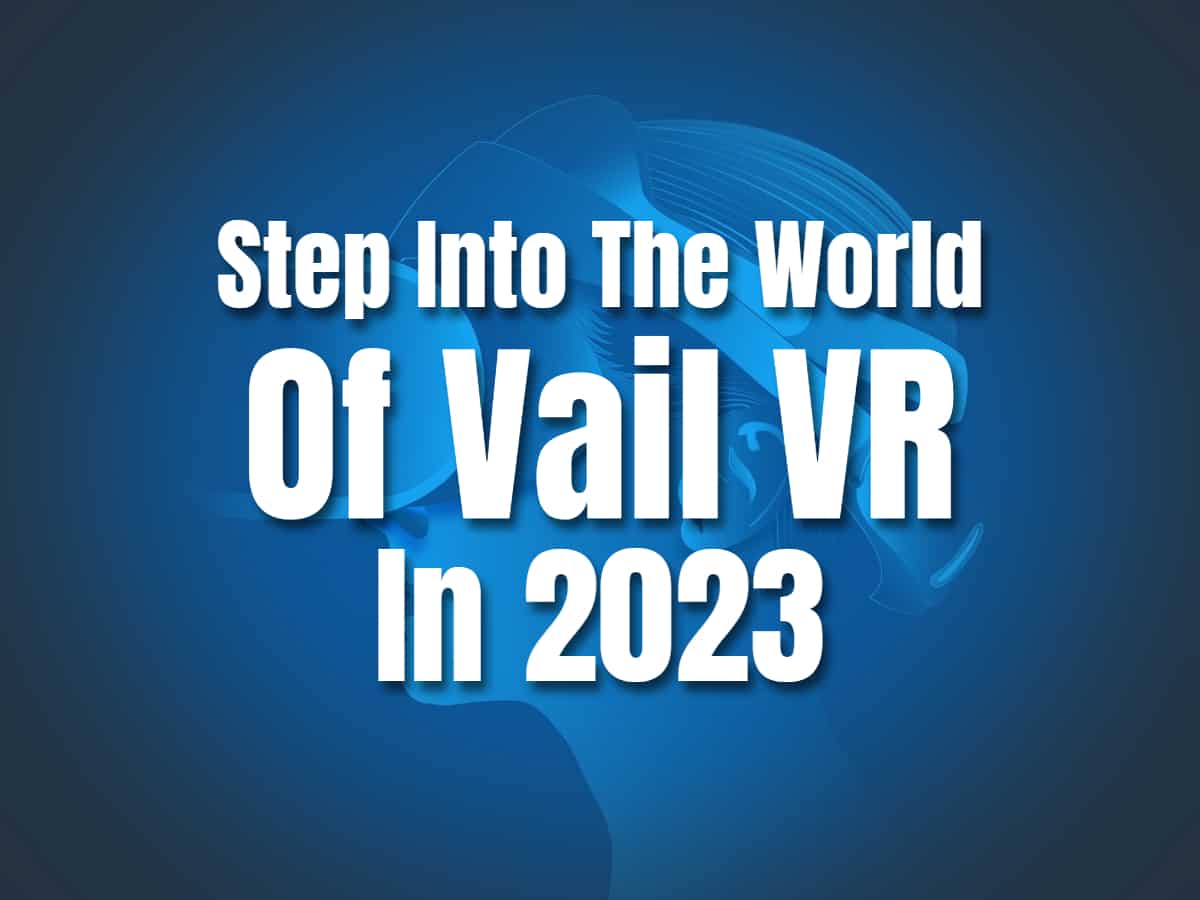 On this page
1. VAIL VR overview
1.1. The Storyline
2. Join the VAIL VR community
3. What’s in this game
4. Future of VAIL VR 2023 and beyond
5. VAIL VR is pushing boundaries in the competitive gaming scene

Have you heard about VAIL VR? Otherwise, we'll discuss the promising upcoming virtual reality game here. At this stage, it is uncertain if this game will be an epic success. But, for the time being, the VAIL VR community is looking forward to its future in VR.

Today, we are witnessing the VAIL community evolve from its inception to its current state. The developers have stated precisely what they plan to accomplish this year. Let's talk about their recent work and what's in store for VAIL 2023 and beyond.

VAIL VR is a virtual reality online multiplayer shooter. Developed by AEXLAB, this new game in virtual reality focused on tactical gunplay, high-caliber combat, and collaborative teamwork. It recently released its open beta on Steam on July 1st, 2022 following the announcement of its new trailer as part of the Upload VR Showcase.

Players have the opportunity to join in on the action by opting in via Steam and engaging in immersive battles alongside their friends.

VAIL VR focuses heavily on providing gamers with an exciting and realistic gaming experience. It features a variety of weapons for gamers to choose from as well as hyper-realistic environments to explore. Players of VAIL VR need to use their best tactics and strategy to win since each match requires fast reaction time and situational awareness due to its intense firefights.

In the near future, the planet has suffered severe damage, and humanity is on the brink of breaking apart.

Hoping to start anew, many people have chosen to relocate to the Colony in space.

REYAB Conglomerate lays claim to leftover assets and works to ensure they are defended and preserved.

Colonists are sent back to Earth to record digital copies of valuable cultural artifacts and heritage sites which are safeguarded by REYAB.

The community is made up of players from all over the world. They come together to share their experiences, discuss strategies, and provide feedback on the game as the game progresses. This is currently helping the game in its development process.

The VAIL community is an ever-growing one with more people joining every day. It's a great place for gamers to connect and make new friends while enjoying the immersive experience that only virtual reality can offer.

VAIL VR has come a long way since its early access version in 2022. AEXLAB has been hard at work readying their virtual reality platform for mainstream play, and they want you to participate in their community so you can shape the future of VAIL VR.

Becoming part of the VAIL VR community means helping to iron out any kinks or bugs alongside dedicated players from all over the world. Whether you're trying out new game modes/features or joining in on weekly bug hunts, everyone's input is valuable. This collective intelligence helps make VAIL VR better.

The social aspects of VAIL VR are already amazing; so as more people join in, it will only get better! Features like chess, hockey, or painting with friends are just the beginning.

What’s in this game

VAIL VR is a virtual reality game set to launch on major gaming consoles while currently in early access. It promises tactical gunplay, high-caliber combat, and collaborative teamwork as players join up with their friends to battle it out in a futuristic dystopian world.

Players can choose between two sides, the Colonists or REYAB, and enjoy full-body animation for an immersive experience. The game also offers social systems such as matchmaking so players can find opponents of their skill level and form lasting friendships. Working together with your teammates is all part of the fun, and the success of your team depends upon your tactical strategy and communication skills.

The game also features support for all kinds of tracking hardware, making it easy to transition between different environments without compromising on accuracy or comfort. With its exciting action and immersive feeling, VAIL promises hours of unforgettable entertainment!

The developers behind VAIL VR have some ambitious plans for the coming year. They aim to expand the player base, creating a vibrant in-game social experience that stands apart from its competitors.

One of their biggest steps will be the reimagination of the player's lobby into a space that’s more suited to social activities such as testing out weapons at the range, hosting friends, and customizing aesthetics. This adds a unique layer of immersion to virtual reality gaming, effectively turning a clan into a proper interactive party.

And that’s not all. They plan on introducing, even more, features over the course of 2023 including mini golf, esports watch party rooms, club rooms, and a town hall with activations from virtual reality brands. Ultimately, these features should encourage players to make connections through interpersonal interactions before taking each other on in intense combat matches.

Additionally, developers from AEXLAB will begin releasing tools for user-generated content which should allow players an unprecedented degree of customization when it comes to skins, homes, and lobbies so they can really express themselves within this digital world.

VAIL VR is pushing boundaries in the competitive gaming scene

VAIL VR is pushing boundaries in the competitive gaming scene as well by actively engaging with professional gamers to ensure the best possible experience for players across all areas. As more and more players become enthralled with this growing entertainment industry, it's clear that there will be no shortage of opportunities for everyone involved to capitalize on. With every step VAIL takes toward its goal, they bring us one step closer to a truly immersive VR gaming experience.