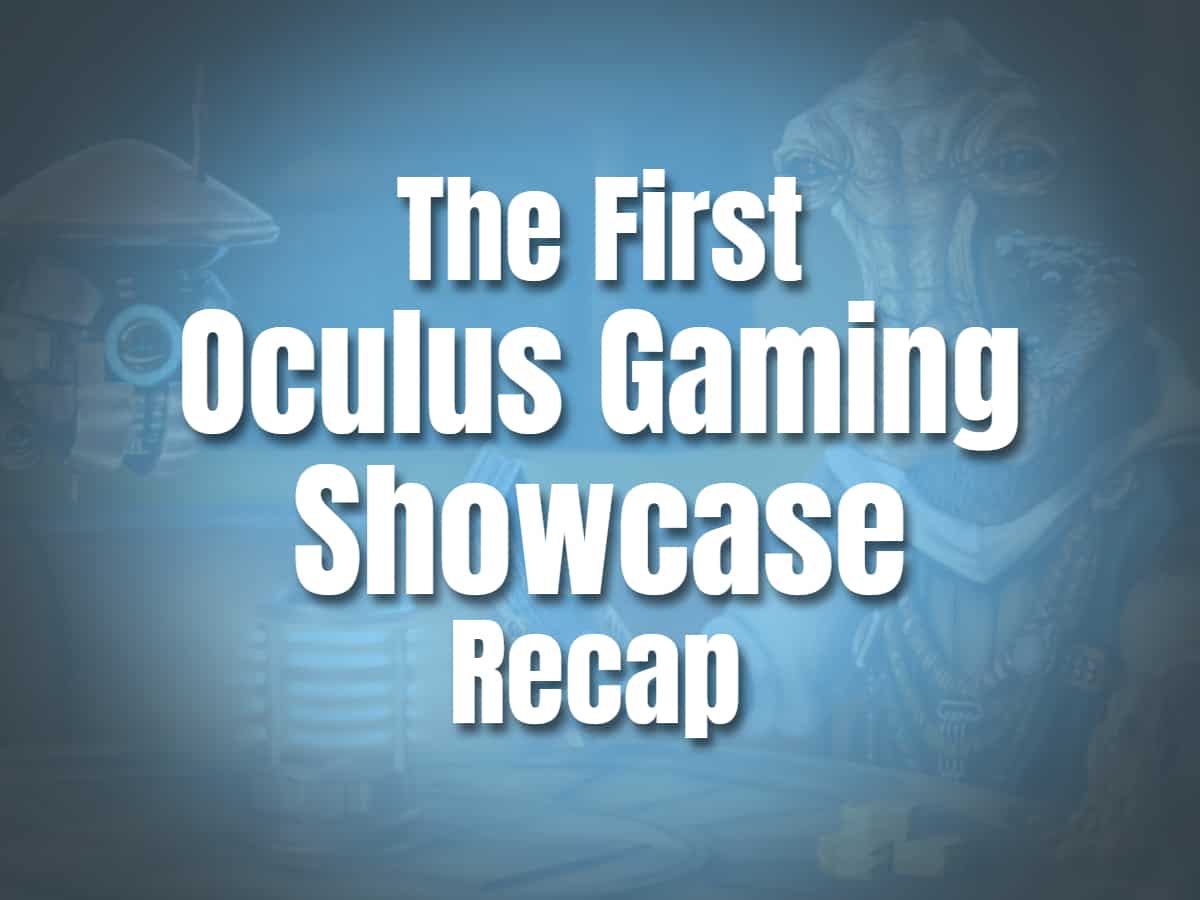 If you’ve missed it, the first ever Oculus Gaming Showcase happened last week. On April 21, 2021 at 3pm PT, the event was hosted by Executive Producer Ruth Bram.

Oculus Gaming Showcase is a much awaited event featuring all the exciting developments on VR. It features new games, updates, and details of big title games coming to Oculus Quest and/or Rift.

Today, we give you a recap and a quick reference list of what and when to expect these exciting developments on VR.

Wraith: The Oblivion was released and available on Oculus Quest and Oculus Rift on April 22. The game is set in the World of Darkness. It is a horror exploration game with a unique storyline based on the chilling afterlife. The new launch trailer was first shown during the showcase.

The developer of this nostalgic pinball game bundles 8 pinball tables. These will be available on the Quest Platform, PlayStation VR, and Steam VR on April 29th.

During the event they shared some footage from behind the scenes. It showed what Zen Games is offering the Star Wars and Pinball fans in the VR world.

Experience the fully customizable Fan Cave with the 8 collectible table themes. They are as follows:

One of the most awaited big hit titles on Oculus, Lone Echo II is finally launching on Oculus Rift this summer. It is currently available for PC-based Rift but playing on Quest is possible via Oculus Air Link.

Explore the zero-G world in this sequel as you return to the rings of Saturn. Uncover mysteries and overcome challenges using high-tech tools in this exciting adventure game.

During the showcase, After the Fall was officially confirmed. It will be joining the most loved games on the Oculus Platform. This 80’s themed zombie game is one of the most anticipated VR titles on the platform. When developer Vertigo Games releases this game, it will be available for both Quest and Rift.

An exclusive gameplay trailer was shared on the showcase. After the Fall will launch this summer but will be available on the platform later this year. The developer Vertigo Games, has served a lot of VR fans with the VR gamers’  favorite Arizona Sunshine. This is yet another promising co-op game from the developer.

This big hit title is coming to VR exclusive for Oculus Quest 2. During the showcase they shared new exciting footage of the game. This includes exciting new details that fans will love.

The showcase proudly presented how it was built from the original. It also showed how everything was improved for Quest 2 gameplay. Resident Evil 4 will be experienced on Quest 2 from a first-person POV. This lets you interact with the world from Leon's perspective via touch controllers.

The showcase announced another installment of Star Wars. There are two more tales that fans will enjoy. It revealed new characters gamers will meet. Expect more details to come about this game soon.

I Expect You To Die 2

Oculus Game Showcase also includes this game announced to be available on Quest and Rift this year. This spy-themed VR puzzle game is expected to make a comeback with another sequel. Expect more exciting missions coming this year.

The showcase introduced a new game currently in development. This is by the creator of 1080° Snowboarding. This VR game on the genre of extreme sports is something to watch out for in the Quest Platform.

Western-themed Pistol Whip will get a new update this summer. The update will be an engaging new narrative consisting of five scenes. The update will be released with The Concierge update. The Concierge will unlock full customization of players. This to help you find your own playstyle. You can explore from the featured styles on the leaderboards or you can choose to create fully on your own.

The Climb 2 gets a freestyle expansion pack update. The update is free and was launched the following day after the showcase.

The update includes a free solo climbing feature. It also includes the launch of the leaderboard competition feature. Also included are 6 new challenging levels for both casual and professional climb. There is also a new rhythm based climbing. See all these in the new Climb 2 free update.

One of the biggest VR titles gets an update all set for May launch. In this latest update, a new chapter was unveiled called the “Aftershocks”. Watch the new trailer to find out more about the campaign narrative.

A follow up on last month’s update “Last Bastion” is another update coming soon. The update will be available on Rift. This update involves enabling team play for Last Bastion together with your friends. There are 2 new maps to play on the Last Bastion.

The Oculus Game Showcase was streamed on Twitch, Facebook and Youtube. It is indeed an exciting event that keeps our spirits up for what VR has in store for gamers in the Oculus Platform. Which is the most exciting part of the event? Tell us about it in the comment section below. You can watch the event here in case you missed it.