On this page
1. A last glimpse on the Oculus brand
2. Reason for the major rebranding
3. What’s coming next 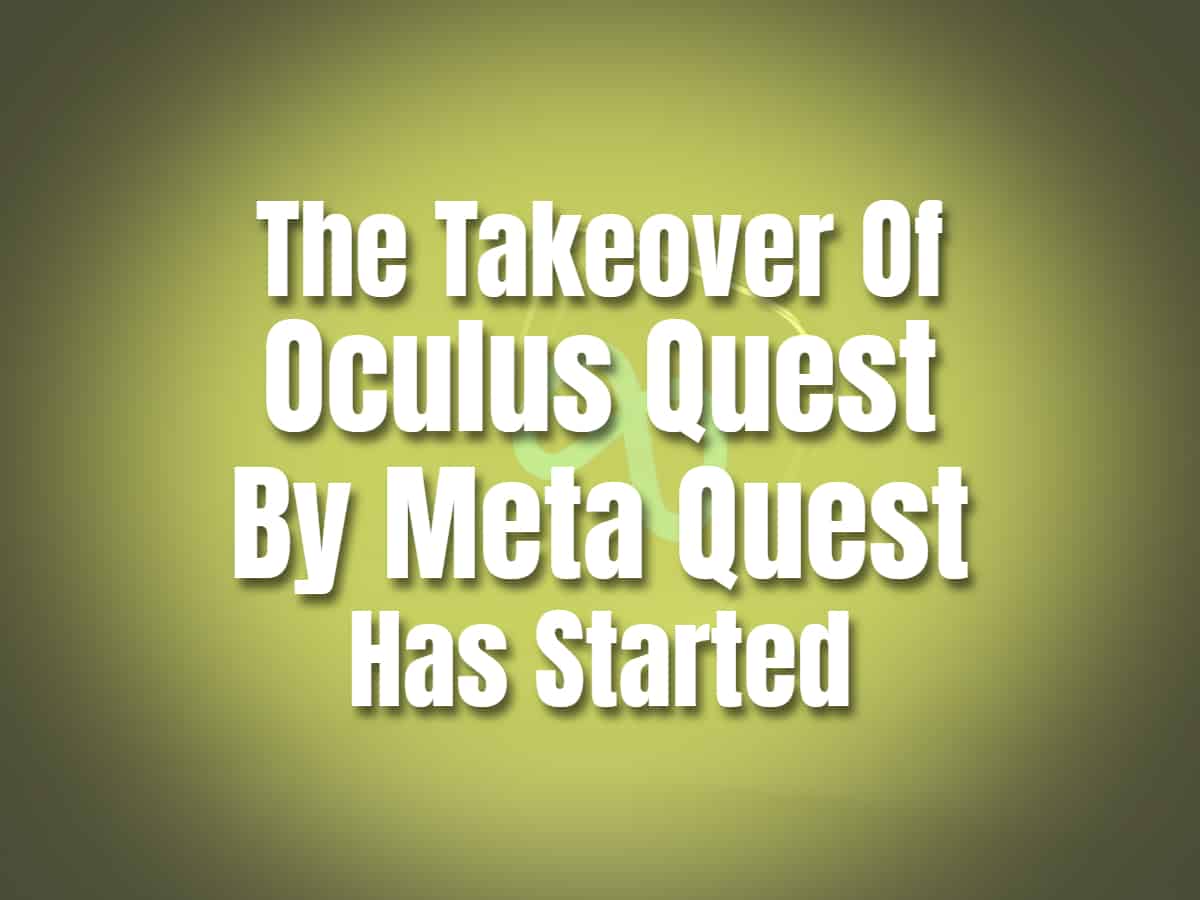 The Takeover Of Oculus Quest By Meta Quest Has Started

On this page
1. A last glimpse on the Oculus brand
2. Reason for the major rebranding
3. What’s coming next

The dawn of the Meta Quest brand taking over Oculus Quest has begun. Following the unveiling of Facebook's new name during Facebook Connect 2021, Andrew Bosworth announced this shift. By 2022, Andrew Bosworth, who is presently the head of Facebook Reality Labs, will become the future Facebook's Chief Technology Officer. We're anticipating a complete shift by next year, but things have altered pretty quickly, causing surprise and conflicting reactions within the Oculus community in particular.

On November 19th last Friday, the branding of Meta Quest started appearing as a logo on the upper left corner of every page. This marks the beginning of Meta Quest and the Oculus name retiring soon.

A last glimpse on the Oculus brand

In 2012, Palmer Luckey and his team founded Oculus, a short-lived yet successful startup. In the same year, Luckey announced the Rift and launched a successful Kickstarter campaign. The campaign exceeded its intended aim of generating $250,000, reaching $2.4 million instead.

The company’s first release was for developers. The dev kit or Oculus Rift DK1 has shown the first glimpse of the potentials of this headset and the rest was history.

About 2 years later, Facebook acquired Oculus. The company partnered with different tech companies to release VR for mobile. The Rift headset was released in 2016. It is the first consumer version. Following is the first standalone VR for mobile, Oculus Go, which was released in 2017 partnering with Xiaomi. In 2019, Oculus released a high-end successor which is now known as the Oculus Quest 2 (soon Meta Quest 2).

Reason for the major rebranding

The first question was, is it necessary? The Oculus brand had made a name for itself, especially with its recent success. Many users have already developed a strong attachment to the Oculus brand. However, Meta Platforms (formerly known as Facebook) finds it necessary to follow the Meta branding for all the major divisions of their company and unify it towards the metaverse vision. VR and AR play a core part for this vision to come to life.

Although removing the Oculus name garnered different reactions, there is no stopping for Meta Platforms to do what it is rebuilt for. Meta Quest is aimed to become a household name. And Oculus will have become “the good old days” for many.

Oculus has the same domain name as of today but this is expected to change. The race to bring as many people to the Virtual World is on.  Recently, Tim Sweeney of Epic Games was quoted saying that the next three years will be critical for companies who are aspiring to lead in the potential multi-trillion industry of metaverse. They will have to bring in billions of new users. Along with that, will the Oculus brand fade away as the world knows Meta Quest?

As the metaverse future directs companies to take major steps, the VR community gets along with the changes with the promise of better VR experiences. But the nostalgia of how it all began will remain a big chunk of how we remember to enjoy VR from one development to the next. The VR world has made a huge leap from the beginning. In a span of just almost a decade, Oculus has proved it was meant for something big.