On this page
1. The Witcher new mobile game to be released this month
2. What to expect from The Witcher: Monster Slayer
3. Full-fledged adventures await in the Witcher universe 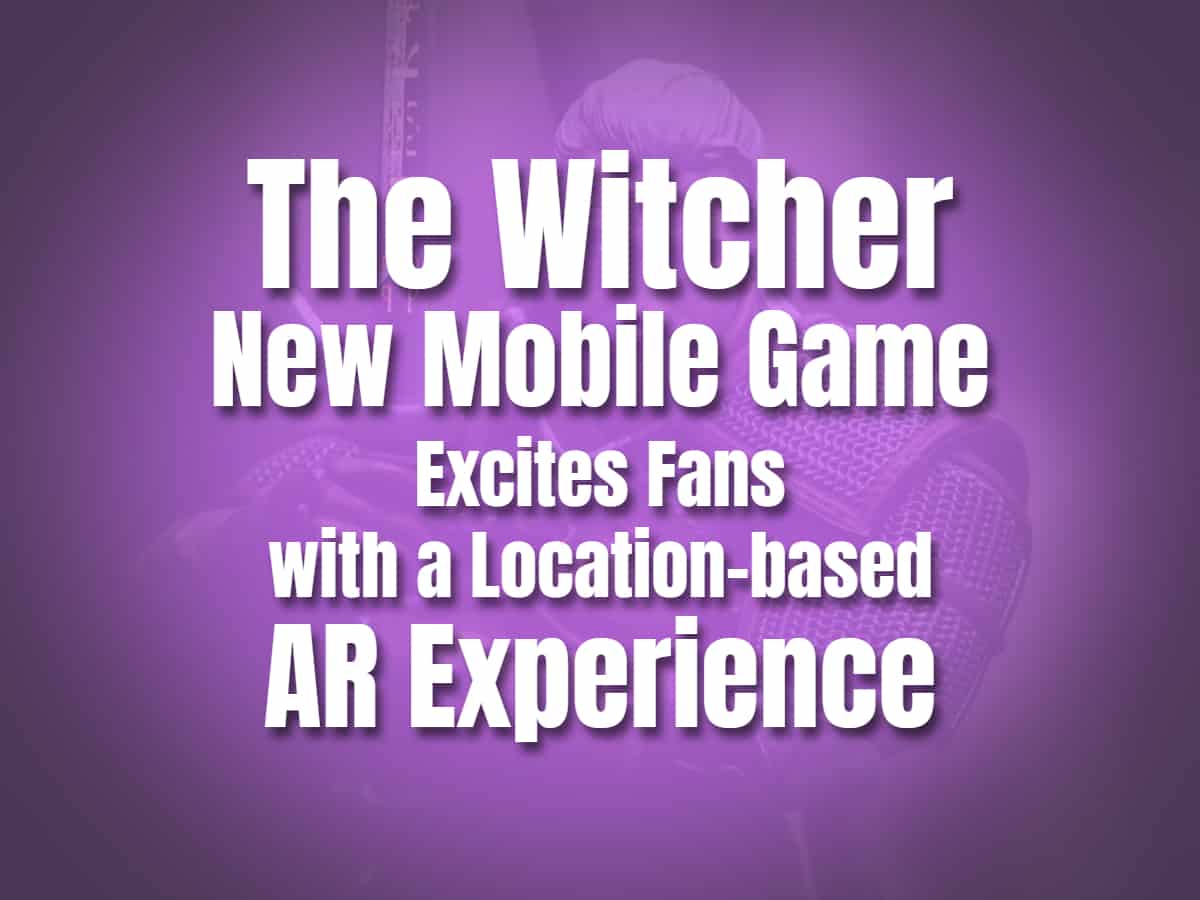 On this page
1. The Witcher new mobile game to be released this month
2. What to expect from The Witcher: Monster Slayer
3. Full-fledged adventures await in the Witcher universe

The Witcher is one of the most popular titles today. It is everywhere. It has gained numerous fans all over the globe. This is because of the success of its original novel, video game trilogy, and Netflix series adaptation. For The Witchers fans, whichever way it got you hooked, you might find another way. The developer of The Witcher has now scheduled a release of an all-new mobile game based on the franchise. If you are new to The Witcher’s world, this is your chance to experience what this title has to offer its fandom.

The Witcher new mobile game to be released this month

The Witcher: Monster Slayer will arrive as a new location-based AR game on mobile. It is due to arrive on July 21st. It will be available for both iOS and Android users.

If you have an Android device, you can pre-register here to receive some perks. You get 10% more experience earned for every monster killed. You also get the Kaer Morhen Steel Sword. We can expect that Google Play will ship the game with in-app purchases. But that is yet to be confirmed.

What to expect from The Witcher: Monster Slayer

First off, the game will bring gamers the same experience as Pokemon Go. But it will carry the unique dark fantasy theme that The Witcher is known for. Both games mentioned are location-based AR.

The Witcher: Monster Slayer will make gamers walk the dark fantasy realm through physical travel of the real world. Physical mobility is required to complete the quests. Players will have to walk around to discover new monsters. The time of the day and the weather can give players a variation of monsters to find. The monsters have different characteristics and habits that players must learn to defeat them. Players can customize their armor and weapons to strategize and win against these monsters. They can even create magic potions to aid in their adventure. The more monsters they defeat the more experience they earn. They also can unlock different trophies along the way.

The game showcases the dark fantasy realm with grotesque creatures. It will keep gamers entertained with the many varieties of missions to accomplish. Adhering to the narrative of The Witcher, this new AR game follows the story of an amateur witcher. Players work their way to become an elite monster slayers.

Enjoy story-driven quests. Explore once familiar locations and experience them in an augmented reality exploration game. An AR mobile game based on an epic fantasy favorite is surely something to look forward to in the gaming world.
The Witcher: Monster Slayer takes you in a unique adventure-inspired game. Location-based RPG is great with popular titles that many can relate to. This is how unique experiences are made of. Let's see how it will turn out when both fans and other gamers get on it. Learn more details about this game here. And let us know what you think. Let’s start a conversation in the comment section below.