On this page
1. The Tokyo Olympics is moving forward
2. Innovation and the participation of AR in the Olympics
3. Three new sports on their Olympic debut via AR experience 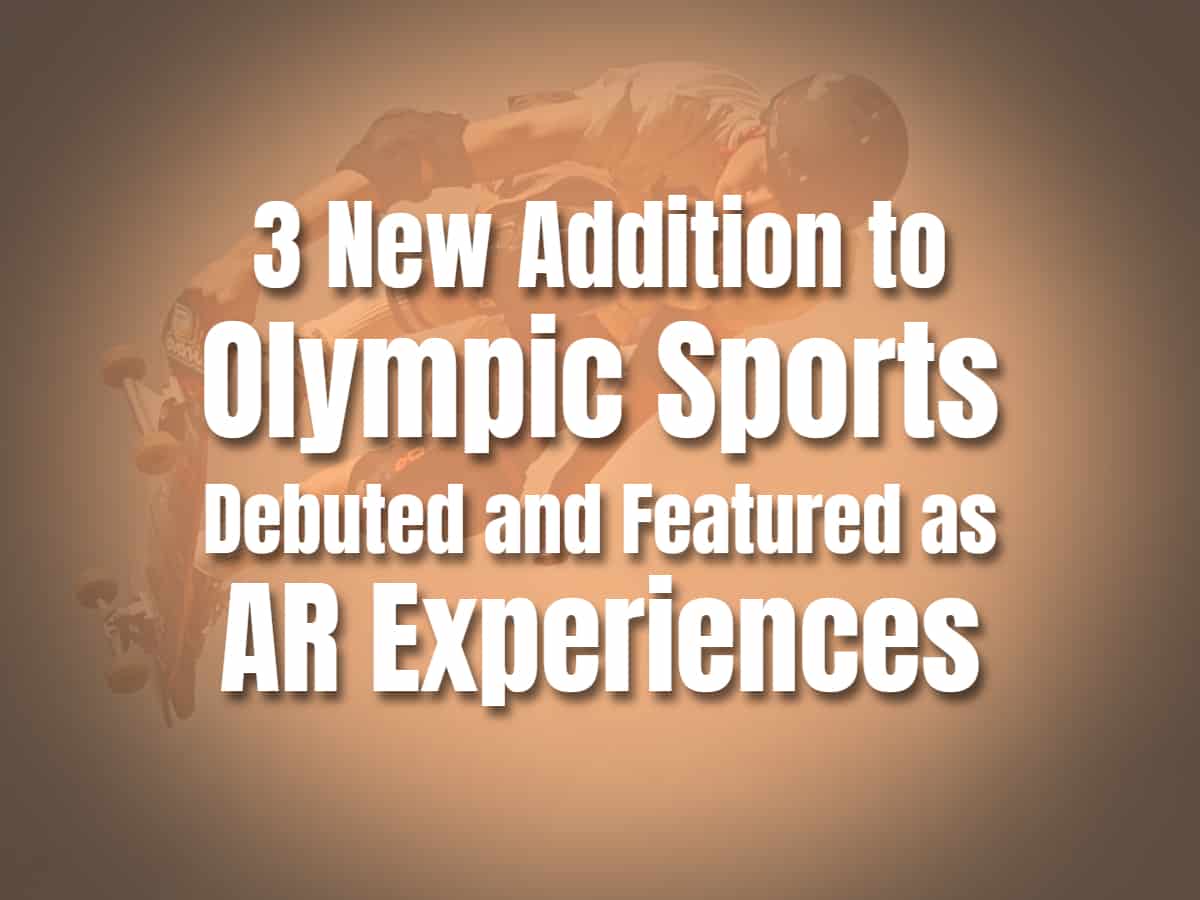 On this page
1. The Tokyo Olympics is moving forward
2. Innovation and the participation of AR in the Olympics
3. Three new sports on their Olympic debut via AR experience

It is at this time that we appreciate the creativity and imaginative use of today's technology. For a year, one of the world's most anticipated events was put on hold. But, at long last, it's finally happening. The Tokyo Olympics is taking place right now, and AR experiences are being used to keep the flame burning.

The Tokyo Olympics is moving forward

Despite the epidemic and many postponements, the Tokyo Olympics 2020 will take place this year. The competitors have spent more time than ever training for this moment, and they will finally get the opportunity to show off their sportsmanship and great abilities to compete for a medal in this renowned event.

The Olympic Committee has chosen to proceed with the Summer Olympics this year, which is now taking place. Last week, the summer games began on July 23rd and will finish on August 8th. For additional information on the Olympic schedules and results, go to their website.

Innovation and the participation of AR in the Olympics

The present global health problem has a significant impact on major events such as the Olympic Games. Many individuals will be unable to see the events in person due to present restrictions. As a result, the Olympics saw AR as a chance to provide the audience a new way to enjoy the Summer Games.

As a result of their partnership with NBC, the Tokyo Olympics can now provide a variety of 360-degree broadcasts via a dedicated app. You may still watch the replay if you missed the opening ceremony of the Tokyo Olympics on NBC Olympics VR by Xfinity.

Three new sports on their Olympic debut via AR experience

In a series of AR videos they will feature the following stars:

For many individuals, this is a new sport. The activity has three distinct categories: speed climbing, bouldering, and lead climbing. This game goes to the fastest climber.

It appears to be a basic sport, yet it is a fascinating and heart-racing activity. Through augmented reality (AR), you may participate in the experience. Watch Brooke Raboutou climbs a gigantic fifteen-meter-tall wall in about ten seconds. This is the predicted Olympic climbing pace.

Expect an immersive experience with an exciting twist. You can scale your viewing perspective because it is AR. You can view it full size. Or you can shrink it down.

Many of us probably have seen some incredible skateboarding moves before. And know some who can pull off amazing stunts that are breathtaking. So, what should we expect if this sport is made an Olympic event?

Imagine all the greatest athletes in the world come together. This is one of the new Olympic sports that will undoubtedly pique the interest of many spectators as it makes its Olympic debut.

Skaters will compete in short 45-second runs at the Olympics. This is similar to snowboarding and gymnastics. Here they will show off their inventiveness and agility.

The Washington Post has produced a fantastic boomerang effect of Olympic skateboarder Heimana Reynolds doing one of his favorite tricks. In the AR experience, you can see him do a frontside inversion on the pool coping.

This is, without a doubt, the most popular sport among the three. Perhaps we have considered why this sport has been added at this time and not earlier. Why just now?

The game gives surfers 30 minutes to catch as many waves as they can and perform powerful styles and techniques on high-quality waves, just as in traditional surfing tournaments.

The real surfing event will be held at Tsurigasak Surfing Beach on the Chiba coast, some 40 miles southeast of Tokyo. The Washington Post utilized a more traditional approach of showing how Caroline Marks masters a wave, using an annotated slow-motion capture series.

Take a look at these latest augmented reality experiences. It's a fantastic opportunity to immerse yourself in the Olympics when the summer games are taking place. The Tokyo Olympics give us new optimism that we are gradually adapting. The use of augmented reality also demonstrates how inventively humans deal with change.

This may be the beginning of a growing number of individuals seeking out these unique experiences. It demonstrates the wide range of applications for this technology. In the future, we may look forward to new augmented reality experiences. What more could be done using augmented reality? We want fresh experiences and methods to put it to use.