On this page
1. First impressions, this doesn't feel early access
2. Gameplay, the melee combat feels unique
2.1. Mix it up for better results
3. Final Thoughts
4. Our Rating: 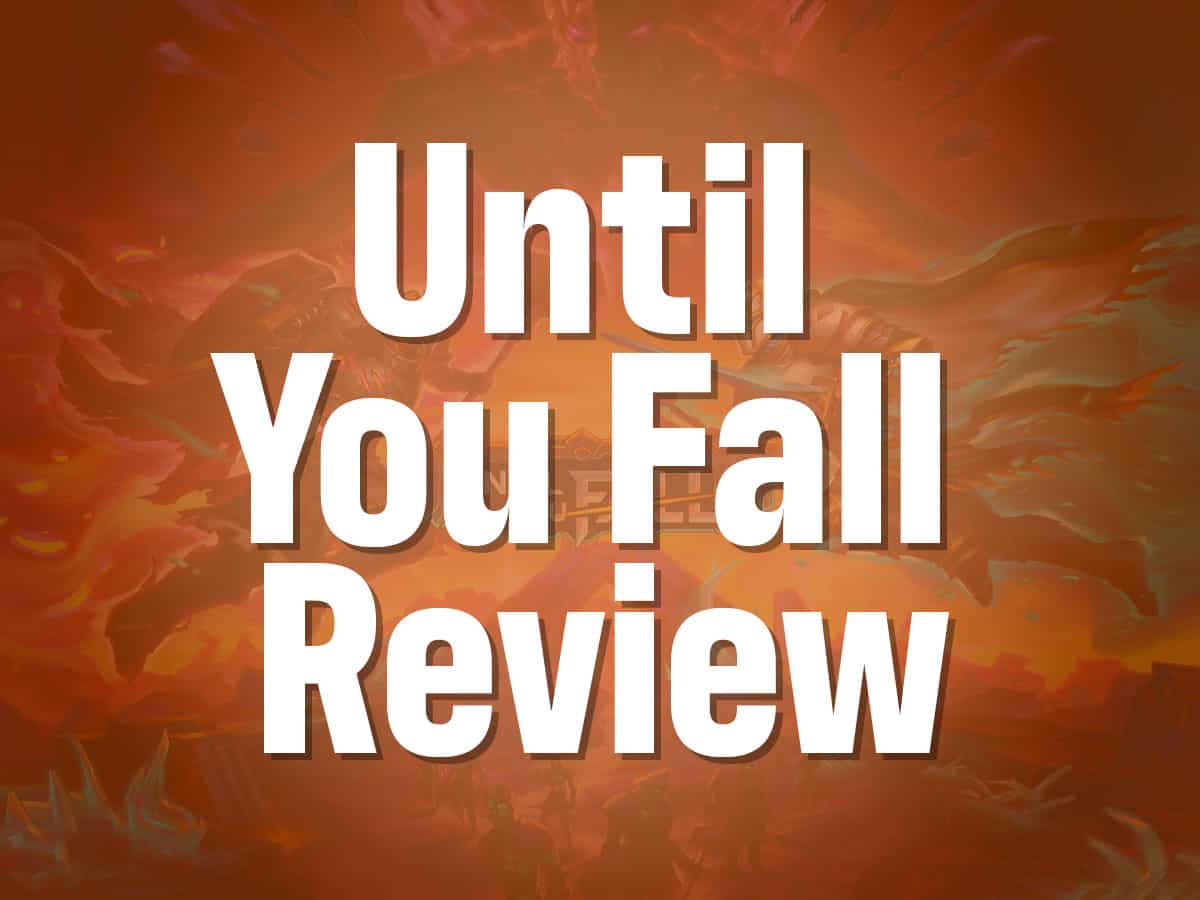 On this page
1. First impressions, this doesn't feel early access
2. Gameplay, the melee combat feels unique
2.1. Mix it up for better results
3. Final Thoughts
4. Our Rating:

Jumping into Until You Fall, I didn't get the early access feel. You are greeted with a funny, yet legitimate, warning to avoid smashing your pets and things.

I've played many games, and this one had me losing my bearing the most. The graphics are very stylized. Colorful and ethereal. The music complements the style with retro arcade jams reminiscent of Robo Recall.

While I can appreciate both, I found they didn't complement the story. That said, I don't think you miss much from the game, ignoring it.

Until You Fall is a rogue-lite hack and slash. Since this is VR, you'll really be hacking and slashing.

You start off with a parrying dagger and an arming sword. When you die, and you will, you respawn in a safe room. Here you will have a chance to change weapons and upgrade the ones you have.

Combat is pretty unique. You can't swing your weapon wildly and expect to hurt the enemy. Each enemy type has a unique way of attacking.

Some you can use a dash to stun them, and a single slash to put them down. Others you will need to parry and dodge, waiting for an opening to strike.

If you stun the enemy, you open up the ability to get a combo in. You will be shown specific strike zones to hit. A similar mechanic is used for blocking, with a slash indicating where you need to hold your weapon.

Mix it up for better results

The goal is to make it through all the stages. There is some story to this, but I will let you experience this on your own. Each stage is pretty short, usually, from three to six enemies you have to defeat.

Upon their defeat, you are presented with a choice of power-ups. Then you will be onto the next stage.

Eventually, you will come across a boss battle. Usually introducing a new fight mechanic, like blocking many fast attacks or dodges. It can be daunting when you get to these fights.

I found that not only did I need to learn the techniques, but I also had to build up my stats. Expect to fail several times. This game rewards persistence.

This game is still in early access. However, this review will cover what you get currently. We will update this review after its full release.

This game really takes advantage of what VR can do. While you can play it seated, I do think you lose something making that concession.

While not a crazy swing fest like Beat Saber, you will still get a decent workout playing. This, coupled with the mechanic of playing until you "fall," really got me sweating. The more skill combat, based on timing, is a lot of fun. It does get pretty hectic when attacked by multiple enemies at once.

Graphics: - Chunky, glowingly colorful, and stylized. It's an interesting look for a combat game.

VR Comfort: - A very comfortable experience considering you are walking and dashing around.

Value: - The price is right, and it has pretty good replayability.

Overall: Very Good! - A very unique take on VR combat. The rogue-lite gameplay works well here. If those sound at all interesting to you, this is probably a good game to check out.

Get It On Steam

DEVELOPER: Schell Games, Release Date 08-27-2019, The key for this review was provided by the developer