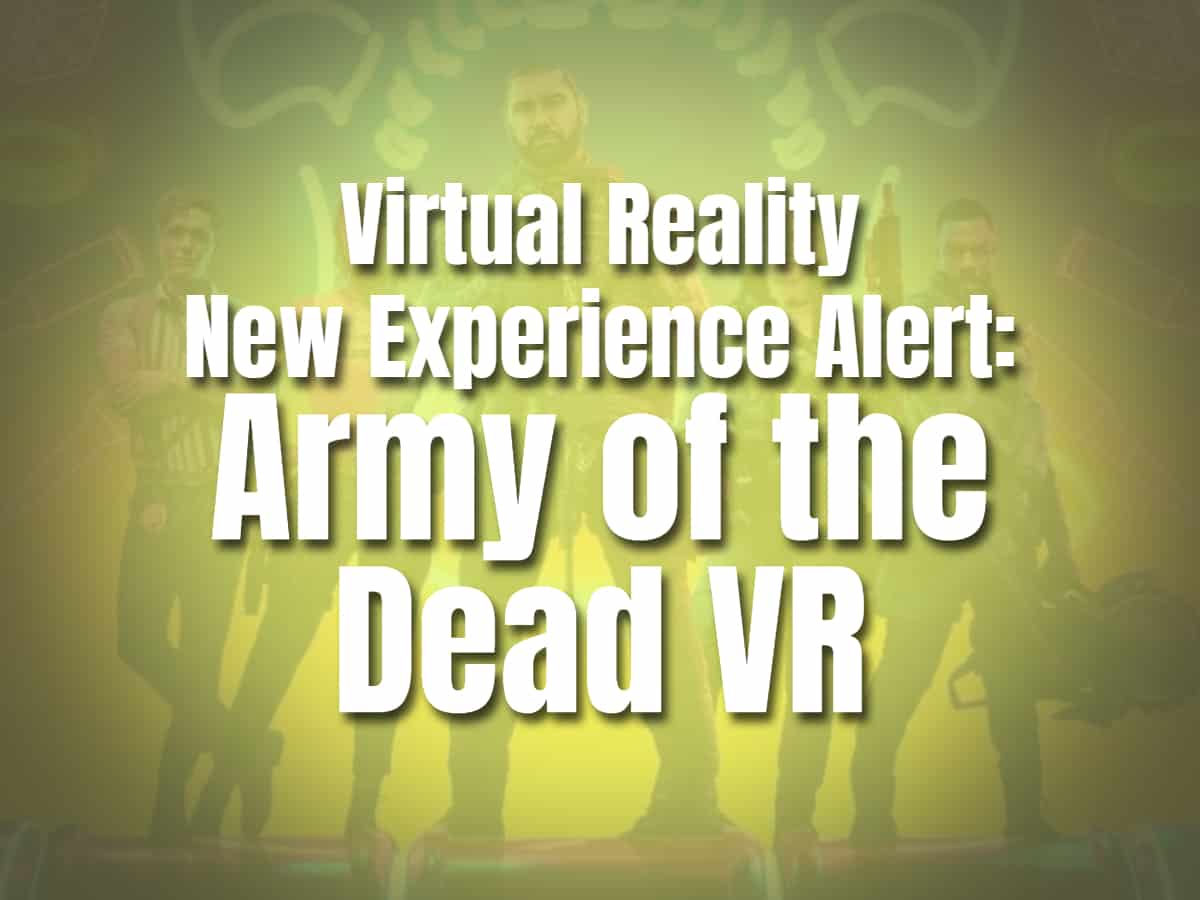 It’s been a while for VR arcades fans. There hasn’t been much activity since the pandemic broke. But this summer will witness a comeback of new experiences in the VR arcade world.

We’ve been hearing tons of news about VR headsets and VR home consoles. There’s a surprising enthusiasm in the industry since most of us stay at home. VR seems to be a good option to have alternative experiences right in the comfort of your home.

Zack Snyder’s, film director and producer, has a new movie. He is known for action science fiction films like the Justice League. His new movie Army of the Dead: Viva Las Vengeance is streaming on Netflix.

Army of the Dead gets a tie-in location-based VR arcade rolling out in select cities. The first cities are New York, Los Angeles, Las Vegas, and Washington DC. Future cities will be updated and are coming soon. It shouldn’t be a long wait because tickets will be available starting June 3rd, this week.

It may be a good time to try the VR arcade experience again. Check them out and grab your tickets.

The first new virtual reality arcade experience in a while

For a while, the future looks bleak for VR arcade companies. With some known ones closing down with no signs of returning. It is refreshing to see one of the first virtual reality arcade experiences rolling out. This is since the pandemic hits.

With some progress we are seeing, it is slowly opening the stage. That is for some companies and entities to launch themselves through VR arcades. We are going to see more of this in the future if it proves to be successful. That is if consumers are ready to experience more than their home consoles and headsets can offer.

Sure the world may be ready for more VR developments, but are we ready for VR arcades yet again? What was your best VR arcade experience? Which one do you want to get again soon? Tell us what you think in the comments section below.