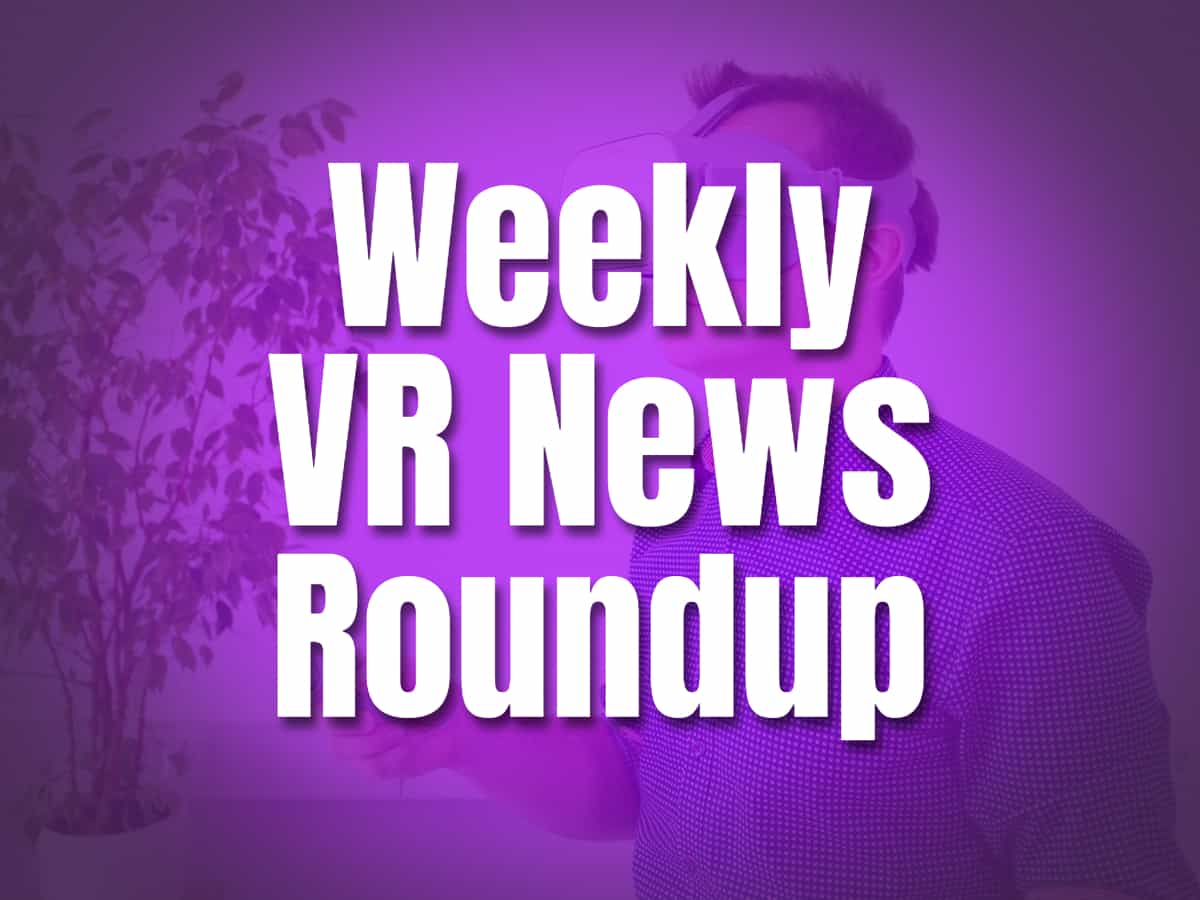 Puzzling Places, a VR puzzle game from developer Realities.io, has just released a new 3D puzzle inspired by the Lunar New Year! As you might expect, this special installment comes with plenty of prosperity and luck for the start of 2023.

The “Lunar New Year Special 2023” is available now to existing owners for free and comes with decorations that invoke good fortune and joy ranging from two plaques that explain the importance of the ancient scholar building in Beijing, China, and plenty of colorful decorations.

The most impressive thing about the latest puzzle is how hyper-realistic it is thanks to the 3D photogrammetry technology used to capture this environment. Once you finish constructing the entrance, animations will begin playing and regional audio will play in the background to create an even more immersive experience.

Furthermore, this new addition also includes a secret Easter egg hidden away for you to discover as well!

If you want a taste of Puzzling Places' new Lunar New Year edition, then make sure to check out their title on Meta Quest ($14.99), PlayStation VR ($19.99), and PICO 4 VR headsets today!

The newest addition to the world of snow sports is the Sirius Ski Goggles, developed by Swiss company Ostloong. These goggles are equipped with all sorts of amazing features that make exploring the mountains much easier and more enjoyable.

These AR goggles are made for serious skiers, with GPS navigation, cellular data, and an HD camera built into the device. Built to revolutionize the world of snow sports, it has the potential to make adventures in the mountains more enjoyable, or at least safer.

As stated by Ostloong’s CEO Amber Gao: “It is a huge yet outdated market which would benefit from new technologies to keep up with a new generation of tech-savvy skiers who are used to using their smartphones”. If you’re looking for a ski tech upgrade this winter, then look no further than Ostloong Innovations' Sirius Ski Goggles!

Visit their website at www.ostloong.com. Watch out for updates on its official release.

Eli Roth’s BE MINE: A VR Valentine’s Slasher premiers on February

On February 10th, get ready to experience Eli Roth's BE MINE: A VR Valentine's Slasher. Written by Roth himself and directed by Adam MacDonald, this combination 180/360-degree slasher film is just 30 minutes long but packs a punch with its immersive horror experience. Peyton List plays the lead role of Becca, who faces a murderous psychopath wearing a Cupid mask.

The film is available on Quest 2 and Quest Pro headsets via Meta Quest TV and Horizon Worlds. It is produced by Crypt TV and Roth in partnership with Cream Productions. Don't miss out - BE MINE: A VR Valentine's Slasher premiers at 7 pm PT on February 10th!

Prisms Math is now on Quest

The Prisms VR app provides three different ways for at-home learning, including content modules that can help you revise key mathematics concepts. Also included with the app is a web-based dashboard that parents and educators can use to keep track of progress, as well as a multiplayer sandbox that encourages collaboration through problem-solving exercises.

With the launch of this exciting new educational product, it's clear that Virtual Reality could be used as an innovative teaching tool. Prisms VR allows people of all ages to familiarize themselves with complicated topics in an immersive way – perfect for when traditional teaching methods and online tutorials have fallen short.

Prisms VR arrived on January 19th on Meta Quest and can be purchased as an annual subscription for $24 USD. With so many valuable learning experiences available at such affordable prices, now is the perfect time to utilize virtual reality in your educational pursuits!

The App Lab launch of Gorilla Tag has proven to be a success in more ways than one. According to an interview with GamesBeat, the free-to-play VR multiplayer hit generated a whopping $26 million in revenue from in-app purchases during its 13 months on App Lab.

The game initially launched in February 2021 in Steam Early Access for PC VR and soon after became available on SideQuest and then App Lab (March) for Quest headsets. By November of the same year, it had already achieved 1.5 million players. The game is offering in-app purchases featuring cosmetic items.

Just one month later (December), the game graduated to the full Quest Store, but that didn't stop player numbers from continuing to grow. According to Axiom, who spoke with GamesBeat, peak monthly user counts are now at 2.3 million players while an impressive 760,000 users were playing Gorilla Day on Christmas Day in 2022.

As a reminder, all this can be yours without spending any money since Gorilla Tag is still free-to-play on both the PC VR and the Oculus Quest platforms via Steam and the full Oculus Store respectively. So go ahead – give it a try today and be part of Gorilla Tag’s ever-growing community!

The long-awaited day has finally arrived - PlayStation has officially confirmed the list of games on launch day for the PSVR 2 headset! Coming February 22nd, 2023, these games are sure to bring gamers a truly unique virtual experience.

PuttView X Gives Golfers an Edge on the Course

PuttView X is a revolutionary app for Microsoft’s HoloLens headset that can project valuable putt information directly onto golf courses. Using augmented reality (AR) technology, the app provides everything from setup lines to green contours, offering golfers an exclusive advantage during their rounds on the course.

PuttView X has several features that make it stand out from other applications. For one thing, you can select from different settings and views using HoloLens’ built-in hand-tracking technology. One of the best parts about this app is that it works with both indoor greens and outdoor courses, so no additional tools are needed to get started.

In addition to all those great features, PuttView X also includes a handy companion app that allows you to adjust settings on the fly, as well as remotely cast what you’re seeing so your friends and family can benefit too!

PuttView X isn’t available yet but if you want to explore some similar options now, you can scroll through the selection of PutAview Indoor systems at putview.com.

Could Apple replace its glassy dreams with a cheaper alternative?

Apple was reportedly hoping to deliver AR/VR glasses by 2023 as a more advanced version of their glassy dreams, but with technological obstacles, this plan has been indefinitely postponed. Although the development of standalone Apple Glasses has been pushed back, Apple is still investing in headset research, rather than glasses.

Apple postponed the release of its augmented reality glasses, indefinitely as the technology was not deemed ready for launch. That hasn't stopped it from exploring other options reports say, such as building a more affordable headset model than its current Reality Pro range. The said headset could cost about the same amount as an iPhone and be called Apple Reality One.

Supply chain analyst Ming-Chi Kuo predicted that launching this affordable model would allow Apple to reach around 10 million consumers, compared to less than 1 million for Reality Pro. However, according to Mark Gurman from Bloomberg, the production of this cheap model will take longer given the long history of delays with Reality Pro and it is currently just in the early stages of development with no fully functional prototype yet available for testing. It is estimated that it may be available sometime in 2024 but until then we can only speculate about how technologically advanced yet affordable it will be when launched!

The world of virtual reality gaming is constantly evolving, with new releases and announcements coming out all the time. Whether you’re a fan of first-person shooters, puzzle games, or anything in between, there’s always something new to explore. In this roundup, we’ll be taking a look at the latest VR game updates and releases, as well as any upcoming announcements that you should keep an eye out for.

Don't lag behind and make sure you know all the fresh developments in AR/VR. Leave it to us, so don't fuss. We were quite joyous to present this week's news on virtual reality. And that closes off today's VR Flakes. Leave your thoughts in the comment section below. Till next time, adieu, VR world!