On this page
1. HTC confirmed that upcoming VR headsets will be revealed on ViveCon
2. HTC new partners: Bandai Namco and iFixit
3. New Oculus Avatars rolls out
4. From 30Hz to 60Hz hand-tracking
5. The Quest platform offers a huge discount on the first App Lab Bundle
6. The Wizards: Dark Times is coming! 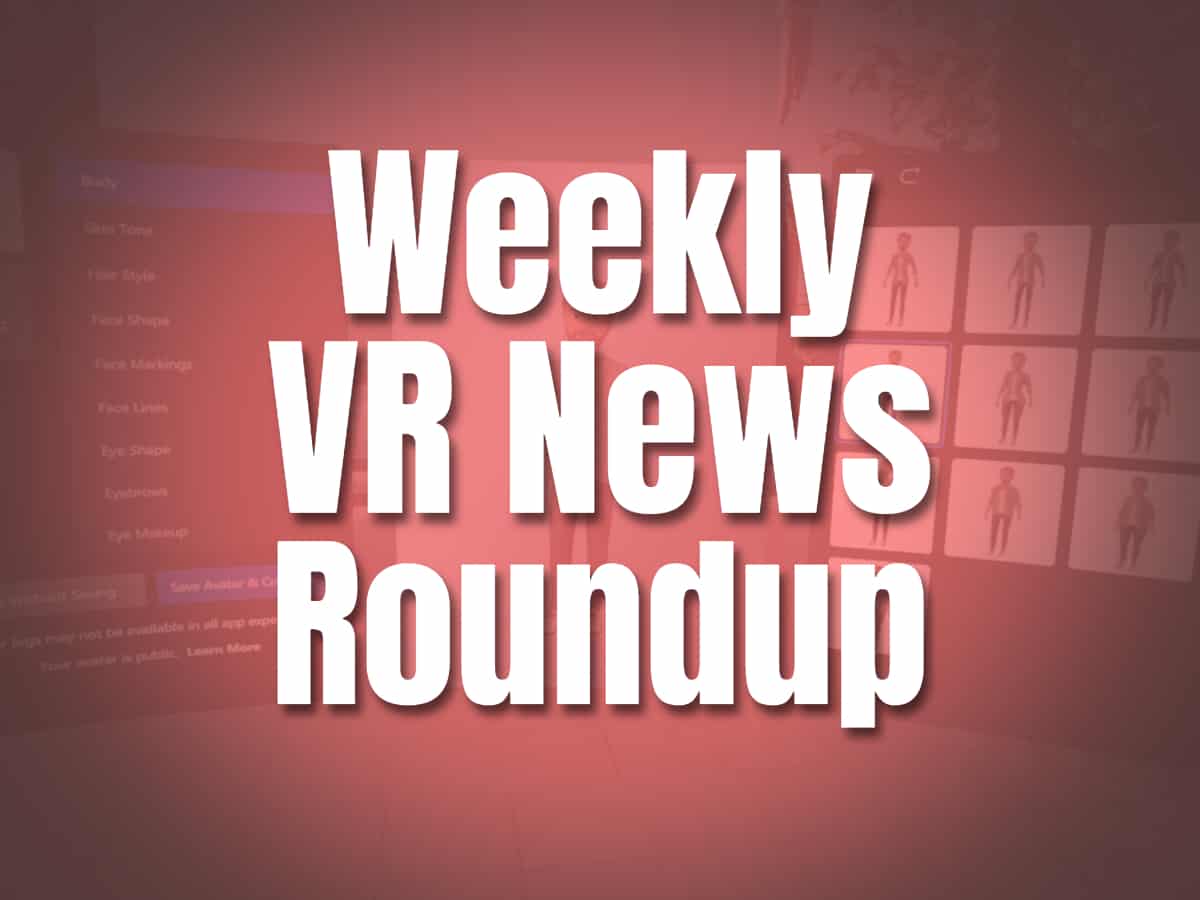 On this page
1. HTC confirmed that upcoming VR headsets will be revealed on ViveCon
2. HTC new partners: Bandai Namco and iFixit
3. New Oculus Avatars rolls out
4. From 30Hz to 60Hz hand-tracking
5. The Quest platform offers a huge discount on the first App Lab Bundle
6. The Wizards: Dark Times is coming!

Welcome to this week's issue of the VR Flakes Newsletter. Our goal is to deliver the best virtual reality news from this week, all in one place. Get this delivered to your inbox every Saturday along with a surprise inside. Subscribe below on mobile or on the right if you’re on desktop.

In this week’s roundup, more reveals for HTC and more exciting news keep coming from Oculus Quest. Plus, a new game from the dark side is coming early this May to Oculus.

HTC confirmed that upcoming VR headsets will be revealed on ViveCon

HTC earlier announced the two-day event ViveCon happening on May 11 & 12. It has then been a talk around the VR community. We are unsure whether the hints they are dropping is about the reveal of a new VR headset or not. This is due to previous teasers that turned out to be something else.

The community reads the hints right this time though. The big event will showcase upcoming VR headsets. It will also feature software, and developments to the platform. This was announced on their official website. The guessing game is still on however on which device will they be talking about during the ViveCon. Again, all we can do is wait.

HTC has a lot of good news up their sleeve. These ones we don’t have to guess though. It is official. HTC is partnering with Bandai Namco and iFixit.

Bandai Namco is an animation studio and production company. Known for producing Tiger & Bunny, Gintama, Sergeant Keroro and more. The partnership is expected to bring in a next-level immersive animation experience. This while also bringing in fun social interaction on VR.

Now, here’s a unique and interesting move by HTC. The company partnered with iFixit. It is a DIY website. This website helps consumers with the repairs and replacement parts. This is for out of warranty headsets.

iFixit will offer official replacement parts for Vive, Vive Pro, and more. While also giving users a guide to disassembly and DIY repairs. This is quite the opposite of where Oculus is heading in favor of the new headsets. HTC is aiming to provide more support for the older ones as well.

Now, let’s start the latest developments from Facebook. Oculus Avatars 2.0 rolls out. It will also be available for Facebook App, Messenger, Instagram, and more in the future.

Updates to Oculus Avatars is meant to create a single identity. This avatar will represent users on all Facebook platforms. Platforms included are Facebook Horizon and Oculus Quest.

More customization can be done with Oculus Avatars 2.0 than the previous one. Now you can customize the skin tone, and the hairstyle. You can also customize the facial features like the face shape/markings/lines, eye shape, eyebrows, and even make-up and more.

From 30Hz to 60Hz hand-tracking

Facebook Oculus Quest 2 internal dev team enabled a new demo mode called “Tiny Castles Demo”. What this does is to increase the hand tracking rate from 30Hz to 60 Hz. This improves the hand tracking quality on Quest. There is an observed reduced latency by 10% using this feature.

Here’s this week's treat from the Quest platform. App Lab has provided developers support. This while they develop more content that is yet to be approved on the official Quest platform. Oculus now has a huge chunk of developers more than all other platforms. They are rolling out a new marketing campaign to encourage and support developers in the App Lab.

Presenting Lab Surprise. Lab Surprise gets you random bundles of 3 apps, the first ever bundle offering on App Lab. Here’s how it works.

Another good news is the campaign was extended until May 8,2021. It’s the best time to try it out this weekend, if you still haven’t.

The Wizards: Dark Times is coming!

This upcoming game from the creators of Warhammer, Carbon Studio is launching this hot new game on Quest. The Wizards: Dark Times is a fantasy adventure on VR where players summon spells and weapons against monsters.

The Wizards: Dark Times was first launched on PC VR in 2020. It received great feedback from the gamer community. Now, we want to see how it holds up on Quest 2. The game’s launch date is on May 6th.