On this page
1. Highlights of Mark Zuckerberg’s keynote address
1.1. Metaverse: the new version of the internet
1.2. Zuckerberg shares his goal of “putting people at the center of technology”
2. Major rebranding of Facebook including the Oculus brand
3. Meta is bringing new and exciting products 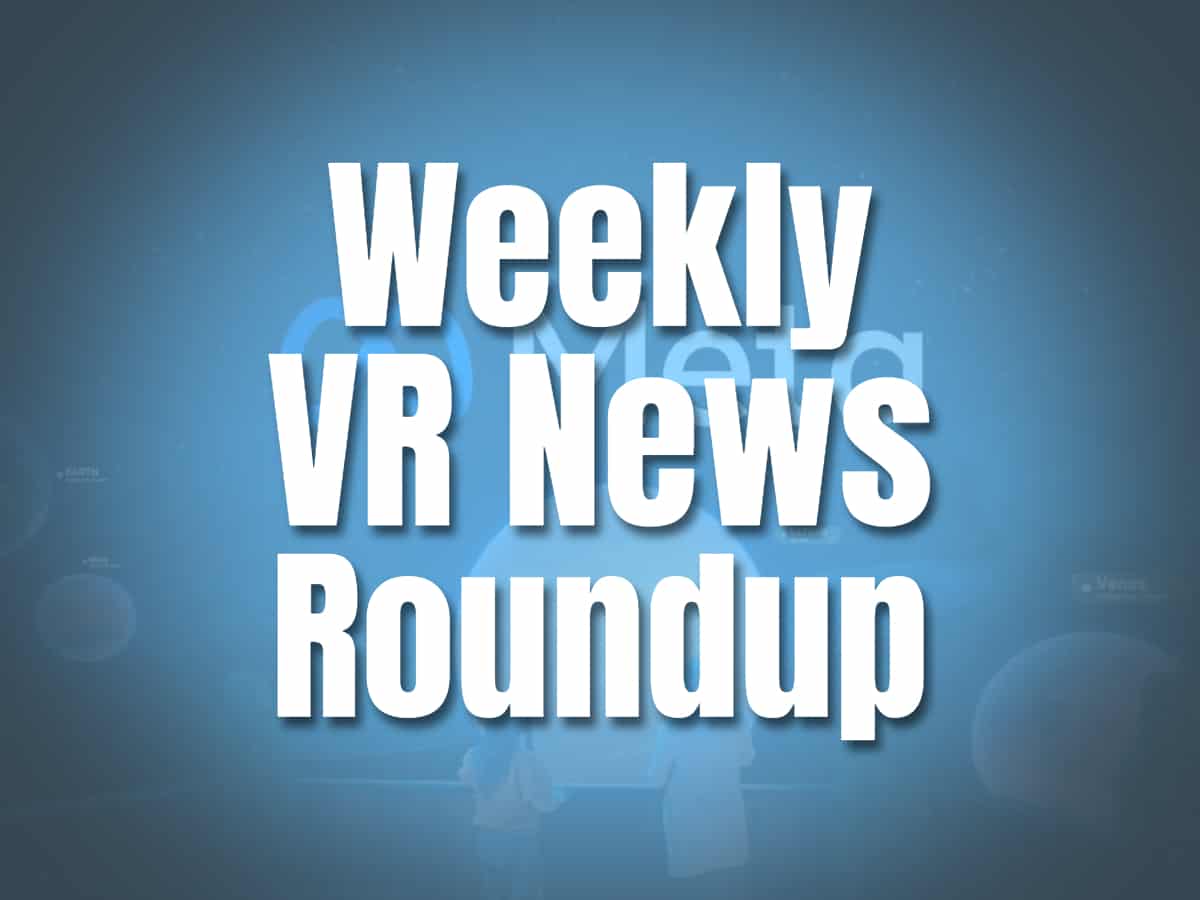 On this page
1. Highlights of Mark Zuckerberg’s keynote address
1.1. Metaverse: the new version of the internet
1.2. Zuckerberg shares his goal of “putting people at the center of technology”
2. Major rebranding of Facebook including the Oculus brand
3. Meta is bringing new and exciting products

In this week's roundup, another major event in the digital industry ignited discussions about the future of virtual worlds. Facebook, the world's largest social media corporation, had officially begun a new chapter in its history as a technological firm. Let's start with the most important revelations and information we gleaned from the Facebook Connect event, and then some more.

The most anticipated part of Facebook’s annual event is the company CEO’s keynote address. From the beginning, we have expected him to talk about the metaverse and the future of Facebook. We also heard talks about a major rebrand. These things did not come as a surprise, but we are eager for more information. And the keynote address did not disappoint.

Metaverse: the new version of the internet

The CEO introduced metaverse as the new version of the internet and proudly accounts for all key developments accomplished by the company to create immersive experiences and spearhead its full realization in the future.

This is, without a doubt, what the firm is known for. Facebook has developed digital venues for individuals to connect more efficiently, whether for professional or personal ties, and it is more than just a social app. Groundbreaking platforms such as Horizon Home, Horizon Worlds, Horizon Workrooms, and soon Horizon Marketplace, all provide people ways to connect not only as an alternative to face-to-face interactions. But also with more possibilities like teleportation.

Best experiences for entertainment and gaming

The CEO stated the company’s commitment to helping creators create better experiences. The company is providing tools and new creator abilities for developers to create richer experiences. Game makers will be able to connect physical locations and bring simple games to real-life through holograms.

Partners like Vertigo and games Beat Saber, Population: One, Blade, and Sorcery were announced to have some great surprises coming for VR gamers.

Also, a special mention is a popular game Grand Theft Auto: San Andreas. The CEO said that Facebook has been working with its makers Rockstar Games for years to bring this iconic game to VR and exclusively for Oculus Quest 2.

Health and wellness in VR

This is one of virtual reality’s coolest integrations that proves that immersive experiences aren’t only for entertainment. A line of Fitness VR apps such as Supernatural, Fitness XR, and Player 22 were featured.

This immersive experience in fitness could mean being able to incorporate personal fitness as well as social fitness where you can stay fit with your friends in VR. Additionally and equally awesome is being able to be trained by real coaches through these new technologies.

The CEO emphasized the main benefits of working remotely in virtual environments. We all want less commuting and more productivity, and it is now feasible with customizations. This is to perfectly set up a workspace that allows you to focus on what has to be done.

Later this year, we can expect more customization. They are also working on having users use their work account rather than their social media accounts on Facebook.

Also, an important approach that is key to the promising success of virtual workspaces is Facebook’s efforts to include everyone, VR and non-VR users. As Mark Zuckerberg says, this is “giving everyone the tools to be present”.

Education in the now and the future

Immersive material has long been a compelling method to learn. That is why, to mention a few, VR fits perfectly in with revolutionary techniques to train in medical and aeronautics.

With mixed reality, it will be possible to build immersive experiences that allow people to experience history not only vicariously but virtually. Documentaries in VR are another fantastic visual learning experience that is now available in VR.

Facebook has set aside millions of dollars in funds to support creators in developing more immersive experiences for educating and training people via the use of cutting-edge technology.

Along with other reveals, the CEO emphasized his messaging about putting people at the center of the company's efforts to boost the usage of new internet and new technologies. The CEO wants these technologies to be accessible to more people and to foster an ecosystem in which creators and consumers may thrive and profit.

By the conclusion of his keynote address, Zuckerberg discloses the new name of the company, which will be the umbrella company for all apps and future developments. The IT behemoth's new branding was born, and the company is now known as Meta.

Yes, we know this is coming. And so the final details are revealed. The popular technology firm is now named Meta. Read Mark Zuckerberg’s latest Founder’s Letter to understand more about the big shift.

Additionally, in an official post by incoming CTO Andrew Bosworth, he confirmed these branding changes. Facebook Reality Labs will simply be called Reality Labs. And Oculus Quest will be called Meta Quest.

With Facebook's new name Meta comes fresh and intriguing items that we probably didn't guess correctly based on teases. Mark Zuckerberg reveals the rumored new headgear, which many believe is the Quest Pro or Oculus Quest 3.

He confirms the launching of a new standalone headset in 2022. This is a high-end headset with a higher price tag than the Quest 2. According to Zuckerberg, it is not a successor to Quest 2. The high-end VR headset, codenamed Cambria, is likely to have pancake optics and eye-tracking and face tracking technologies to replicate lifelike avatars and facial emotions, including eye contact.

Another thing to keep an eye on is the Nazare project. This is what Mark Zuckerberg refers to as the first full-AR glasses, which are now under development but will not be available anytime soon. It represents the future of wearable AR technology, with many greater possibilities for both personal and professional use.

What’s your favorite part of Facebook Connect? Let us know and let’s start a discussion here. That’s it for this week’s VR Flakes. We hope you liked the latest virtual reality happenings this week. Tell us your thoughts about them in the comments below. More VR news coming your way next week. See you here again for another week’s roundup. Ciao VR fam!