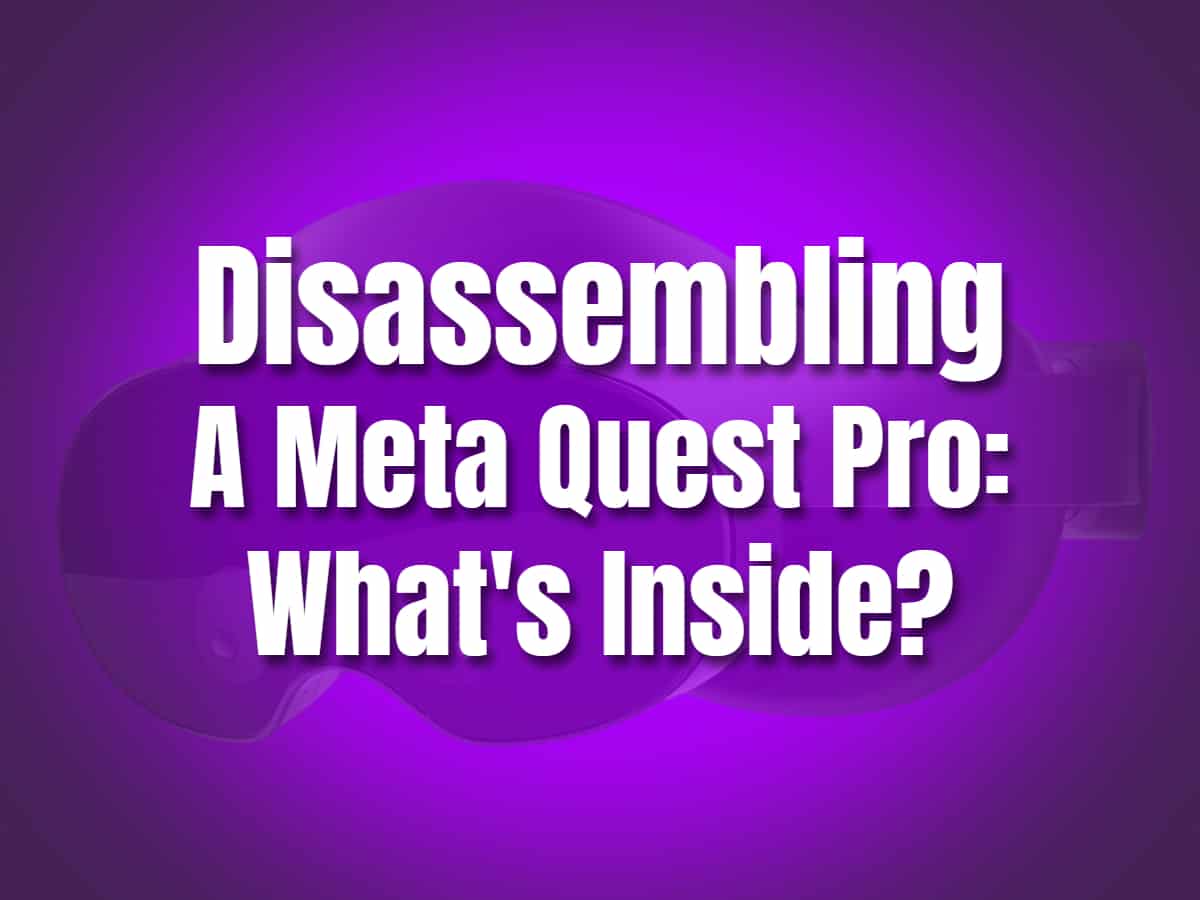 A new generation of VR headsets has been introduced to the world with the release of the Meta Quest Pro in October this year. This mixed reality headset is the latest high-end VR headset now out in the market from the company Meta. But what's under the hood? In this article, we'll take a look at the Meta Quest Pro and get some insights into Meta’s newly released headset up close.

iFixit is a how-to website that sells repair parts. The company is known for product teardowns, giving consumers a better look at what these tech products are made of.

The Meta Quest Pro teardown also shows what the components are made of and how easily they can be accessed in case of replacement or repair. The video gives you a closer look at both the controllers and the parts of the headgear. Here’s a rundown of some of the insights the teardown video reveals about Meta Quest Pro.

As shown in the video, the cushions easily popped out because of the magnets and clips used to fasten it to headgear. It was designed for easy replacement or when you need to swap it for cleaning.

Disassembling the headgear shows the glass front cover isn’t glass at all. It is a sturdy plastic, similarly, the lenses are also made of index plastic. Plastic material is easier to mold and weighs less than glass, which is a smart choice.

A 20.58 Wh curved battery powers Meta Quest Pro. It is positioned at the back of the gear to balance out the front weight. In case it needs to be replaced, iFixit wanted to know if battery replacements could be done quickly.

One of the most interesting pieces of the bundle is the new controllers of Meta Quest Pro. The controllers have their own cameras and processors. Each controller is powered by Qualcomm Snapdragon 662 SoC. It processes positional data from the three cameras integrated into each controller. Additionally, each has 3 haptic engines. Each controller uses 10.8 Wh lithium-ion batteries.

The thumbstick of the controllers is similar to Nintendo Switch. It has a single haptic engine embedded in the main thumbstick trigger and another one on the side. It has a Voice Coil Motor (VCM) which is known to provide a wide variety of tactile sensations.

The sensor, which also functions as a stylus, has a simple, straightforward analog button design. To complete the circuit, all that has to be done is to press the button that connects the two points.

Priced at $1500, the Meta Quest Pro is disassembled in the video to show consumers exactly what they are paying for. We want to know if it can be fixed or replaced if the need comes, and these teardown videos are useful for determining whether the product is worthwhile. Furthermore, it aids in your understanding of the product you own or intend to purchase. Knowing what's inside and how they're put together is useful information.