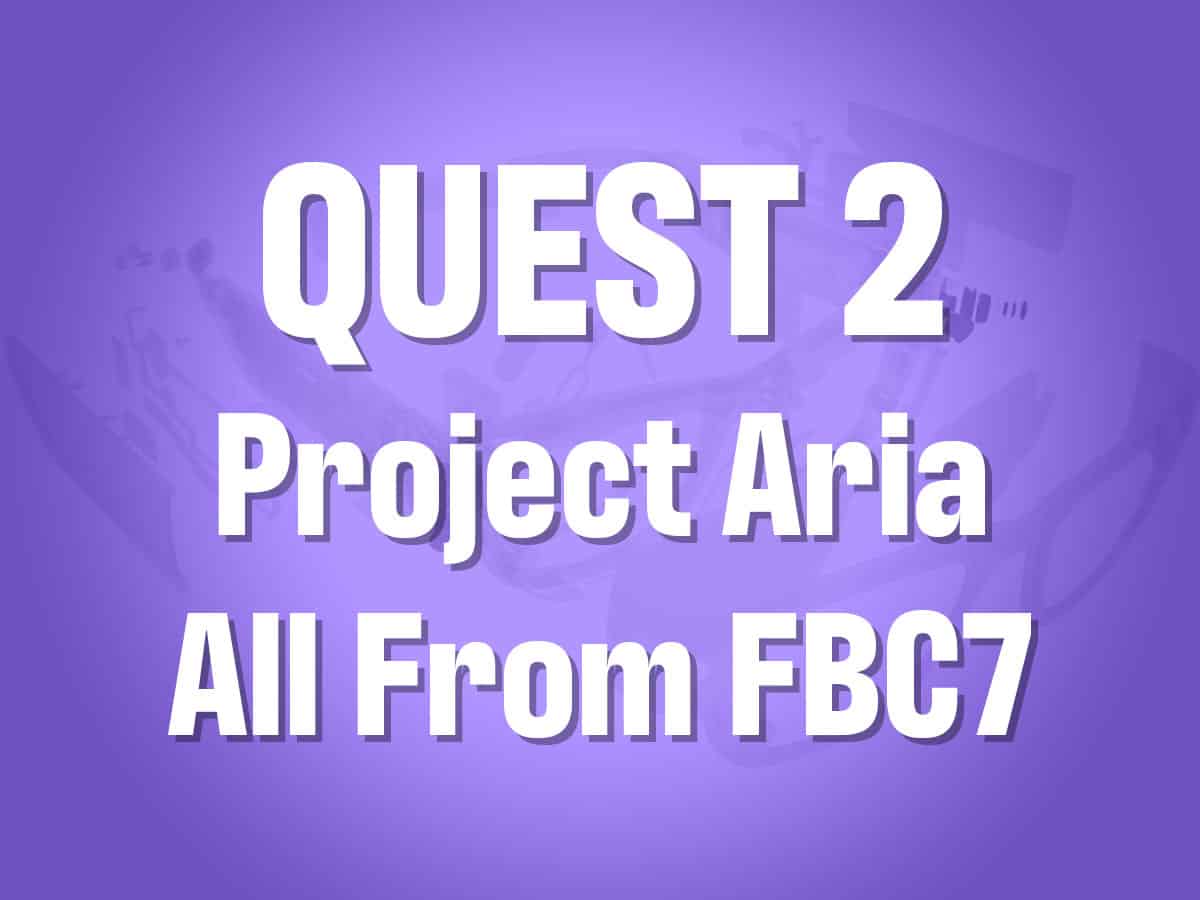 Hey VR fam, we wanted to give you a roundup of all the news from Facebook Connect 7. We can't begin anywhere except with the official announcement of the Oculus Quest 2.

Part of the news buried in the announcement is that Oculus is discontinuing the Rift. The Quest 2 is already an upgrade in many ways from the Oculus Rift S, so it seems that Facebook is getting rid of PC only VR. They will focus on standalone headsets that can tether to a PC for more power.

While it is sad for many old school DK backers such as myself, I can see the reason behind this. Facebook is investing heavily in bringing standalone VR to the masses. With the new powerful specs and lower price, Facebook is certainly losing money on every headset sold. It makes sense to simplify the ecosystem a bit.

That's not to say that Rift games are going away. It seems that PC VR Games will be "Rift," but they will be played on a tethered Quest device. Who knows if we'll see another high-end PC VR headset from Oculus again. Let's dig into them.

I would be sad, but the Quest's price and specs are so compelling that I'm more excited than anything.

Here are the Quest 2 technical specs:

We've pre-ordered our unit, so we'll be sure to give an in-depth review when it arrives. A few lucky folks received advanced review samples, so here's a quick roundup:

VR games announced for the Quest 2

There was a pretty big launch lineup announced. It sounds like many of these games will work with the original Quest, so we're excited to get more details as they come out.

Two games that did not have trailers to share were Assassins Creed and Splinter Cell. Both franchises are releasing VR versions and sound like great additions. These do not appear to be launch titles.

Facebook has been working on augmented reality and "smart glasses" for quite some time. While most "smart glasses" that we've seen in recent years looked pretty dorky, Facebook is partnering with Luxottica to develop a wide array of styles. The plan is to release a fashionable set of smart Ray-Ban glasses for release next year.

What is Project Aria?

Project Aria an experimental AR research platform that a few hundred Facebook employees will be using over the coming year. They are developing software and use cases for augmented reality in everyday life. An array of sensors will collect data, and useful information will be presented to the user.

CNET had a great clip of the demo:

CNET also had a breakdown of the technical hardware details.

The demos were neat to watch, but it's still a very early look at the tech. You can read the press release here.

The Quest 2 will have a system-level fitness tracker in the form of Oculus Move. We've seen this from others such as YUR, but it's great to see this from a headset manufacturer. With VR fitness becoming one of the most trendy use cases, this is sure to be a popular feature.

Using the Quest 2 for work & productivity

Facebook made a big push towards business and productivity use this time. It's no secret that Facebook sees people interacting in VR as the future, and has made a considerable investment in VR technology. This time, though, they started to make a business use case for VR. Things like Infinite Office that create a virtual office space in VR.

They also put out a video that covered a variety of VR productivity apps and different use cases. They cover everything from design to training and virtual meetings. This is an exciting aspect of VR that doesn't get touched on very much. A lot of people think of VR, and they think games. Companies like Ford are not only engineering in VR but even training service technicians in VR.

That wraps up our coverage. You can check out the official blog post announcing the Quest 2. What was your favorite part? Are you getting an Oculus Quest 2 at launch? What features would you want to see from Project Aria? Where do you want VR & AR to go over the next decade? Sound off in the comments below.

Click here to get Your Own Now
Please note: To support our content, we may receive commissions when you click links from our website and decide to make a purchase. Any possible income has no impact on our reviews or product comparisons. If we think the product sucks, we'll let you know. Our ONLY priority is to help you and the rest of our VR community make an informed decision.
META QUEST, OCULUS, OCULUS QUEST, OCULUS RIFT
Thank you for reading!